The operation took around three hours 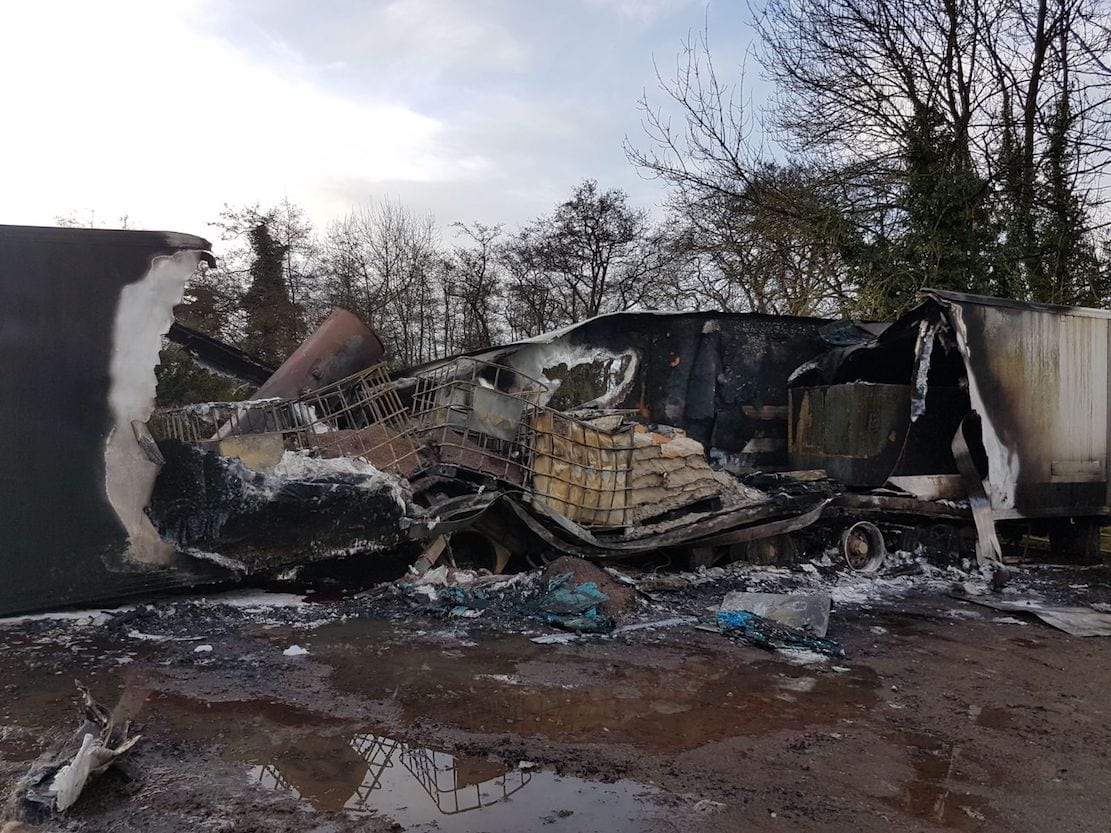 A 40ft lorry trailer was burnt to a cinder in what is being described as a “deliberate” fire outside Armagh city.

Police received a report of the blaze on the Wilsontown Road, Tullysaran in the early hours of this morning (Tuesday).

Sergeant Moffett said: “We received a report of a number of fires around 2.40am.

“Officers attended and found several fuel pods alight on a 40’ trailer. The NIFRS attended the scene and worked for a number of hours to extinguish the fire.

“We would appeal to anyone who has any information about this incident to get in touch with us on the non-emergency number 101, quoting reference number 73 of 23/1/18.

The operation, which saw two fire crews from Armagh attend the scene, took around three hours.

An NIFRS spokesperson said: “The cause of the fire was determined as deliberate and the incident was dealt with at 5.40am”.