Look back to summer 1990: ‘Panic at the pumps’; car park a ‘disgrace’ and bomb claims four lives 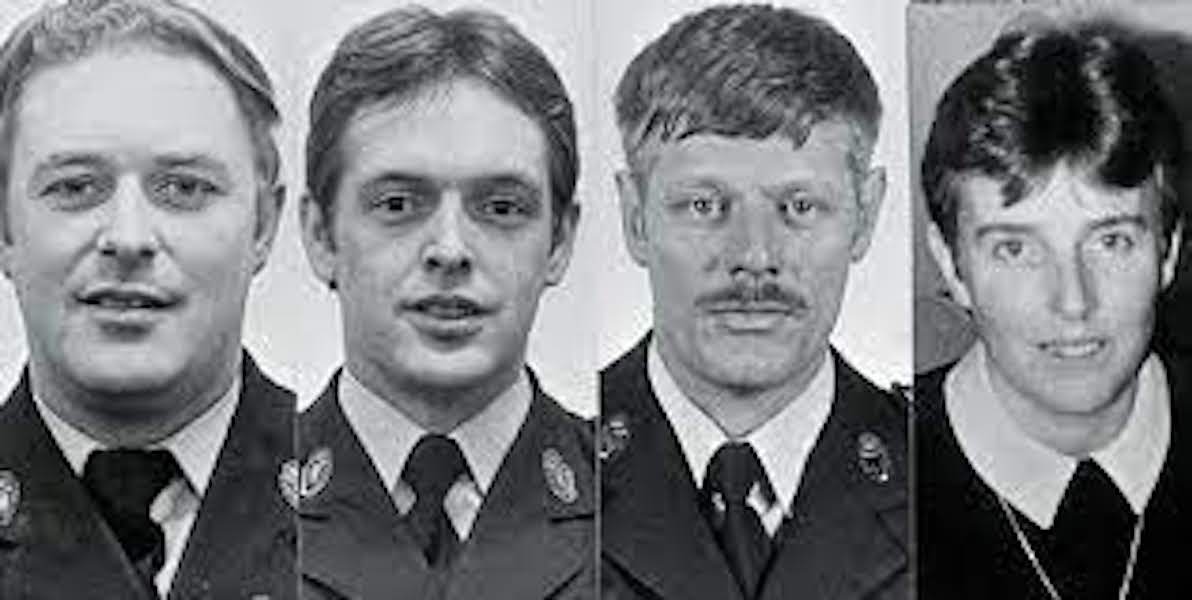 Joshua Cyril Willis (33) David Sterritt (34) and William James Hanson. The three RUC men and Sister Catherine Dunne(37) who were killed by an explosion.

At Armagh I, in the further pursuit of nostalgia, we have delved back into the Armagh Cultural Heritage Service Library – an excellent resource just outside the city centre – to comb over thousands of old newspapers and cast our eyes back on the Armagh of yesteryear.

Last time, we had a look at what was making the news in 2000, but today we have cranked the clock even further back – all the way to the Summer of 1990.

Yet again, the Armagh Observer is back in our spotlight and while the paper sadly closed its doors in 2017, the news in 1990 wasn’t entirely dissimilar from what you will read in the pages of Armagh I today.

Leading the way is a front page story from August 1990, with the phrase “Panic at the Pumps” boldly splashed across the broadsheet – yes, we said 1990, not 2022.

The Observer reported on August 9, that motorists faced a “gloomy future,” due to the soaring prices of petrol and heating oil. In 1990 it was reportedly the result of the crisis unfolding in the Middle East, namely the Gulf War – a conflict triggered by the invasion of Kuwait by Iraq on August 2 1990, exactly a week prior to the paper’s release.

The paper reported that an SDLP spokesman had levelled accusations of “profiteering” at the oil bosses, stating that they were taking advantage of “the general anxiety felt about the situation in the Gulf to raise prices.”

The same story carried concerns about a “potato glut” in Northern Ireland “caused by the hot weather”, with retailers claiming that not many people were buying them.

While stories like this make us ponder whether much has actually changed in the world, a scan of further issues of the Observer hearkens back to a darker time for Armagh, and Northern Ireland at large.

The July 26 issue of the Observer chronicled “horror” on the Killylea Road, as a nun and three policemen died in a bomb attack conducted by the IRA.

The lives were claimed in a “massive explosion”, which occurred just a few miles outside of Armagh City. The victims were: Sister Catherine Dunne – who was reported by the Observer as the “first nun to be killed in the present troubles” and constables William James Hanson (37), Joshua Cyril Willis (35) and David Sterritt (34).

Despite the bloodshed that was making its way to the front pages of Northern Ireland’s media at this time, life in Armagh continued in much the way that it still does today.

On August 30, Scotch Street carpark was branded a “disgrace”, with its condition being slammed by the chairman of the then – Armagh District Council, Cllr. George McCartney. He said that the grass and weeds around the carpark were a “downright disgrace.” The DOE however, said that the conditions were “quite satisfactory for carparking purposes.”

Another topic of the day was the question of city status for Armagh – which was eventually granted in 1994. On May 3 1990, the Observer boldly proclaimed on its front page: “Armagh, seat of the ancient Kings of Ulster and the Ecclesiastical Capital of Ireland, is yearning for a restoration of former glory.”

The District Council had asked the government to grant it City Status, and Cllr. Jim Speers – a familiar figure in Armagh even 30 years on – said that it was important for this to be achieved.

Other news of the day included the opening of the new variety market at Shambles Yard in Armagh and the resumption of racing at Shamrock Park in Portadown.