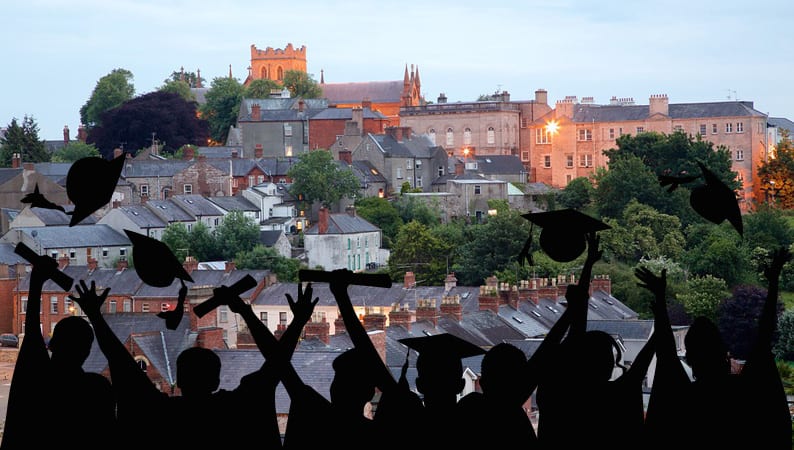 A long-term vision of a university opening in Armagh has been highlighted as part of an ambitious and far-reaching blueprint for the future of the city and district.

An updated Armagh Masterplan – covering the period up to 2030 – speaks of the need to boost educational provision in the area.

In relation to Armagh, it says that “suitable accommodation and targeted development of education and skills” must be sought with the “long term potential to attract university level education back to Armagh”.

This would sit well for Armagh, which is labelled the ‘City of Saints and Scholars’.

As exclusively revealed by Armagh I, there are currently plans for a new £30 million Southern Regional College campus on the site of the existing main SRC location at Lonsdale Road.

The other facilities across the city used by SRC would be disposed of once the building is in place, but this too could be some considerable time away as it is subject to finance.

There are other SRC campusus planned for Craigavon and Banbridge too.

Armagh has a long and proud reputation for educational excellence and aspirations of becoming a university city have been long held.

In 1963, John Lockwood was commissioned to produce a report on the siting of a second university for Northern Ireland.

Armagh, as well as the new ‘city’ of Craigavon and Derry/Londonderry, were all on the campaign trail for selection, but in 1965, when Lockwood published his report, Coleraine was favoured.

Armagh did, however, eventually attain university level provision, albeit on a limited and relatively short-lived basis.

Queen’s University Belfast established its ‘Queen’s at Armagh’ campus in the old City Hospital at Abbey Street back in 1996, when former Irish President Mary McAleese was the Pro Vice-Chancellor.

It had been hoped to attract some 1,000 part-time undergraduates but figures never actually reached half that and Queen’s withdrew from Armagh because of lack of demand just nine years later.

But with continued growth and other exciting developments in the pipeline in the years ahead, university status looks like being a real opportunity once again and something which the Armagh, Banbridge and Craigavon Council will be striving to achieve.