The run has been dedicated to young Keady man Shane Lappin, who died tragically in June 2020 while working on his new home with his wife Sarah. 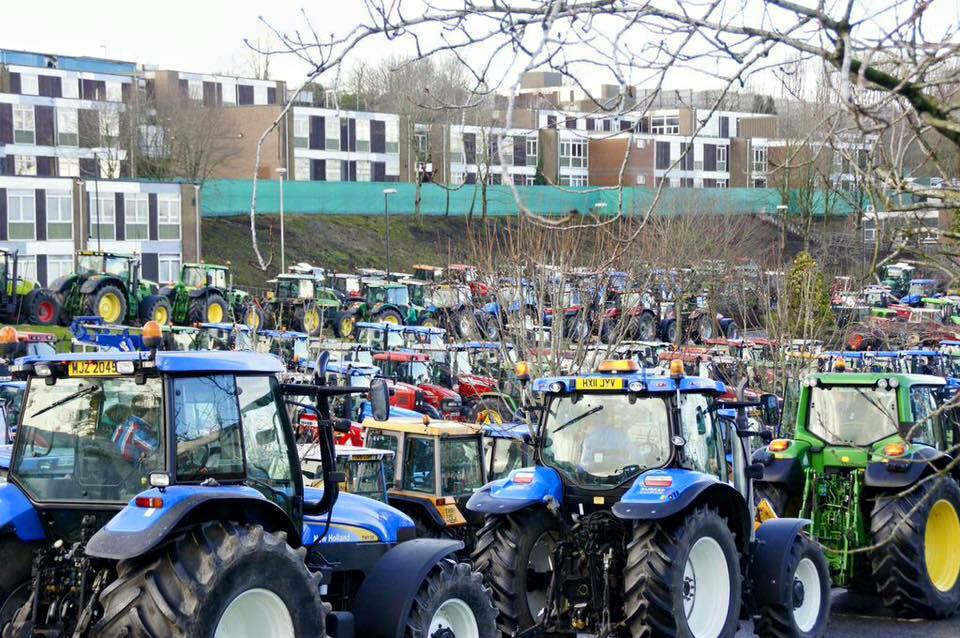 The Livingstone Christmas Tractor Run will be back tomorrow, New Years’ Eve, dedicated to a young Keady man who was one of its biggest supporters.

Shane Lappin died tragically in June 2020 while working on his new home with his wife Sarah. The 30-year-old tractor enthusiast and his family had been involved in the charity run since it first began. This year’s run, which is in support of three local charities  – the Southern Area Hospice, NI Air Ambulance and NI Children’s Hospice – will start at Armagh Business Park and will travel to Markethill, Hamiltonsbawn and Richhill before returning to Armagh.

The entry fee is £15  and registration begins at 10am before the tractors set off  at 12 noon.

The run will be followed by entertainment, which includes a BBQ, a raffle and more.

The event, which had been cancelled for the past few years due to Covid, was started in 2012 by the Livingstone family to give something back to the Southern Area Hospice for the care they provided to Marina Livingstone in the final weeks of her life.

The event has grown since then, with over 750 tractors attending it some years, and to date has raised more than £730,000 for the nominated charities.

For those who cannot make it this year but want to support the run, you can get in touch with any of the Livingstone family or organising committee or donate online via Just Giving.