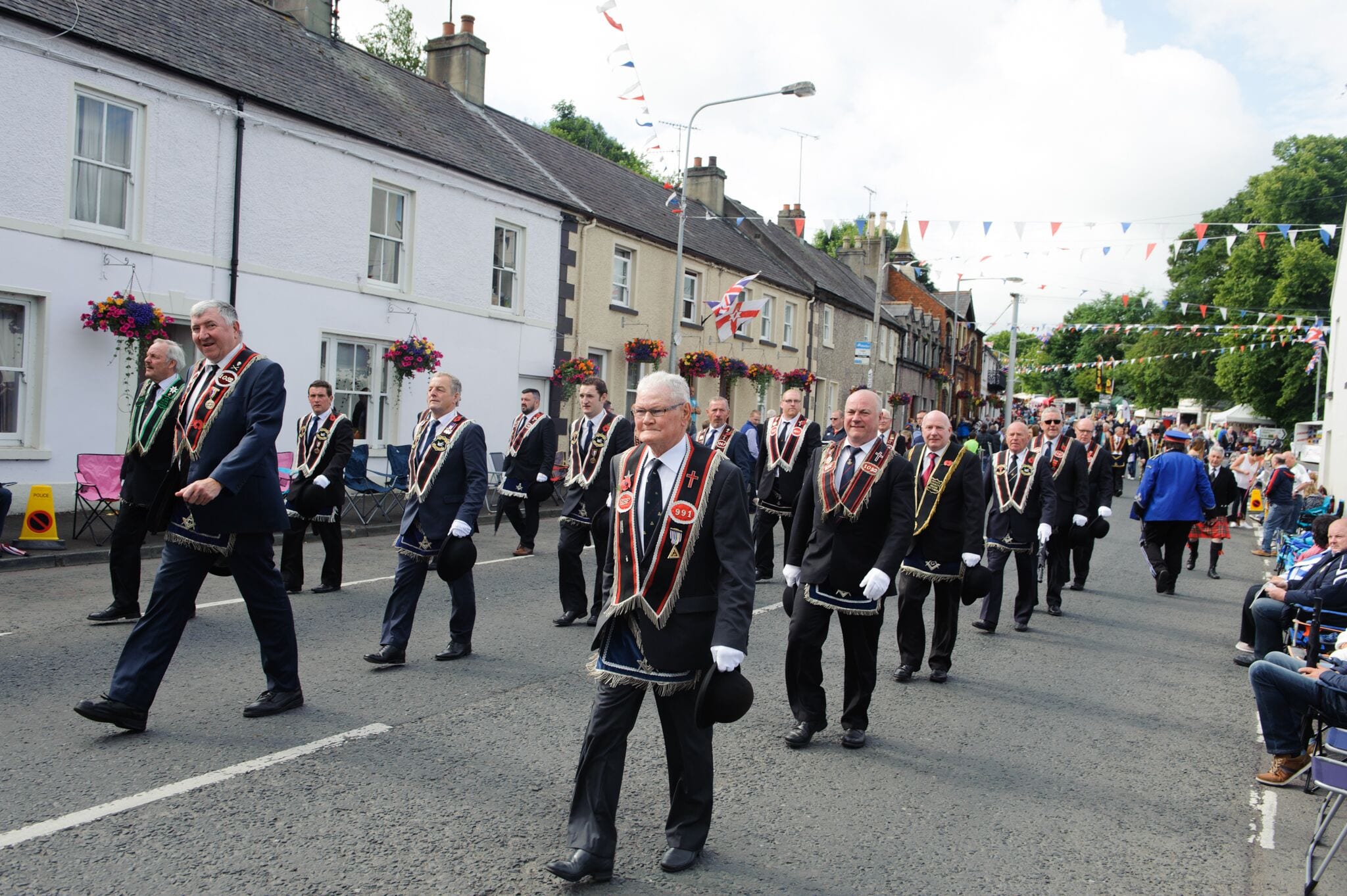 The Royal Black Institution will mark the finale of the parading season, the Last Saturday, with six major demonstrations on August 27.

Primatial Royal Black District No 4 will host the annual demonstration in the Co Armagh village of Killylea.

“Following the postponement of our normal hosting due to the pandemic, we are pleased to renew our friendships and to be joined by our neighbouring district chapters of Aughnacloy RBDC, Killyman RBDC, Summerisland RBDC, East Tyrone RBDC and a number of visiting preceptories from the Republic of Ireland,” said the organisers.

Sixty-three preceptories and 61 bands will take part in the parade, which will move off from the assembly field on the Armagh side of the village at 12 noon.

Headed by the county bannerettes of Armagh and Tyrone, the procession will stream along Main Street, pausing at the War Memorial to lay a wreath on behalf of the Primatial District (Armagh City).

The main demonstration field is on the Caledon side of the village, where platform proceedings will begin at 2.15pm. The religious service will be chaired by Worshipful District Master Gordon Wakenshaw and led by the district chaplain Rev Edwin Frazer, assisted by Rev John Batchelor, with Rev Roger McElnea delivering the address.

After the religious service, the resolutions will be read by County Armagh Grand Master David Livingstone.

The return parade is at 3.30pm, following the route to the bus parking area on the main Armagh Road.

Sovereign Grand Master of the Royal Black Institution, Rev William Anderson, who will attend the Bangor demonstration, said approximately 350 preceptories and around 300 bands will be involved in the traditional events.

He said: “The Last Saturday celebrations are a glorious expression of culture, marking a flagship day in the annual parading season.

“We are expecting tens of thousands of supporters to turn out at the six major venues now that there are no restrictions in place due to Covid regulations, as was the case for the past two years.”

He added: “The institution is founded on Christian principles, and services of worship will be held at each venue to underline the ethos and moral values of the Imperial Grand Black Chapter.”