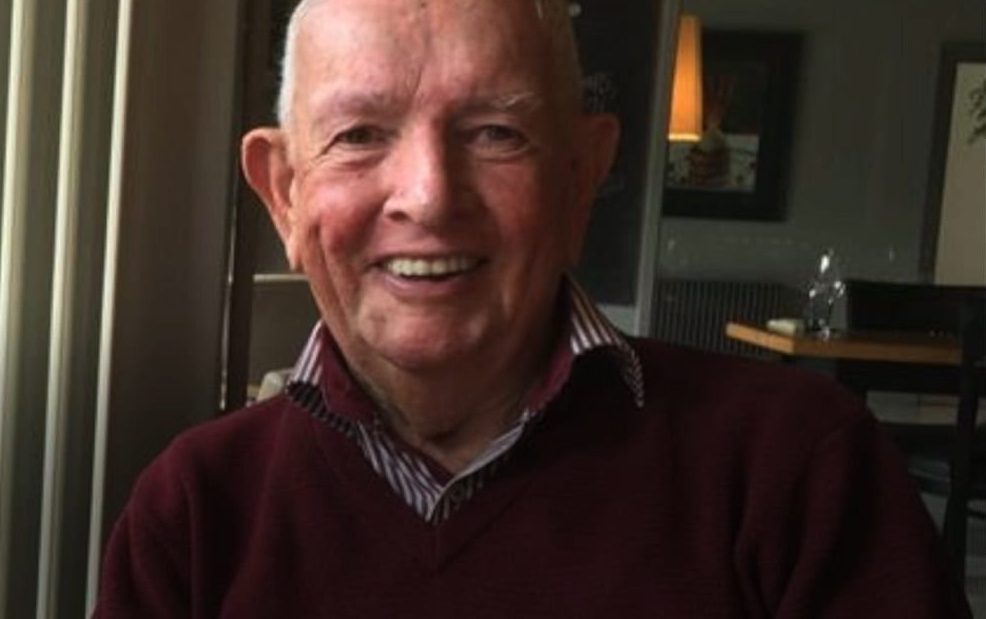 The daughter of an Armagh who died after being pushed by another patient in city care facility has said her father had the “right to die peacefully” taken away from him.

Former Armagh GAA county board chairman and Ulster GAA president John O’Reilly passed away a week after sustaining a head injury at the Gillis Memory Centre on the Loughgall Road in Armagh back in December 2018.

In a statement, following an inquest into the 83-year-old’s death, a spokesperson for the Southern Trust said: “The tragic circumstances of Mr O’Reilly’s death have been subject to an inquest process, which the trust fully participated in and which concluded his death was a tragic accident.”

The inquest heard that Mr O’Reilly was pushed twice by the same patient – referred to as Mr Y – in the days leading up to the fatal incident.

The coroner concluded however that the fatal push was a “tragic accident”.

Mr O’Reilly’s family have stated they only became aware of the previous pushing incidents during the police investigation that followed their father’s death.

Maureen McGleenon, his daughter, told the BBC that the Southern Trust had told them about the previous incidents at a meeting, weeks after her father had died.

She said: “I couldn’t believe it, especially because they had happened only days before the push that led to dad’s fatal injuries.

“We had called the unit every morning during this time period and various family members visited dad over that time frame, so there were ample opportunities to tell us this had happened.

“The push was so severe and the pathologist used the word severe in terms of dad’s head injuries, that dad fell backwards against the wall and he actually dented the wall, the push was that severe.

“The injuries that dad sustained to the back of his head were basically what caused him to die.”

The family were later called to attend Craigavon Area Hospital, and Ms McGleenon described the scene there as “like something you would see out of a horror show”.

Ms McGleenon says her family still have many questions that remain unanswered.

Speaking following the inquest verdict, she said:”To say that dad’s death was only a tragic accident has devastated us to be honest. We’re completely gutted by it.

“Instead of dying peacefully as was his right, dad died a violent death.”

The Southern Trust is currently carrying out as Serious Adverse Incident (SAI) investigation into the death of Mr O’Reilly.

Ms McGleenon said: “Our view is it (SAI) allows them to park the fact that something catastrophic has happened to a family.

“It’s supposed to be a 12-week process, it’s over a year now since dad died and there’s still no sign of it.”

She added: “The system just knocks you down and makes you want to give up.

“We’ll never get over what happened to dad and we can’t give up on trying to understand it.”

A spokesperson for the Southern Trust said: “An SAI review has been conducted by an independent chair and independent panel members external to the trust, which unfortunately can take longer to complete, due to complexities of managing the time and availability of the expert members.”

Newry & Armagh MP Mickey Brady said that the Southern Trust’s failure to answer the questions raised by the O’Reilly family had further compounded their grief.

“It is deeply regrettable that the failure by the Southern Trust through their Serious Adverse Incident (SAI) investigation had rather than answer questions raised, unfortunately further compounded the grief of the O Reilly family.

“This family privately and with diligence and integrity have pursued answers to the questions raised by the horrific circumstances of John’s death.

“Unfortunately that integrity and diligence has not been reciprocated, rather it has been dismissed under the cover of attempting to frustrate their quest for truth.

“A twelve week process has now run into over a year.

“The Southern Trust must as a matter of urgency furnish the full findings of this SAI Report to the family.”