A 2.3km greenway will link a new amenity site and parking at Middletown on to the border where southern authorities would continue the scenic walking and cycling route on to Monaghan Town 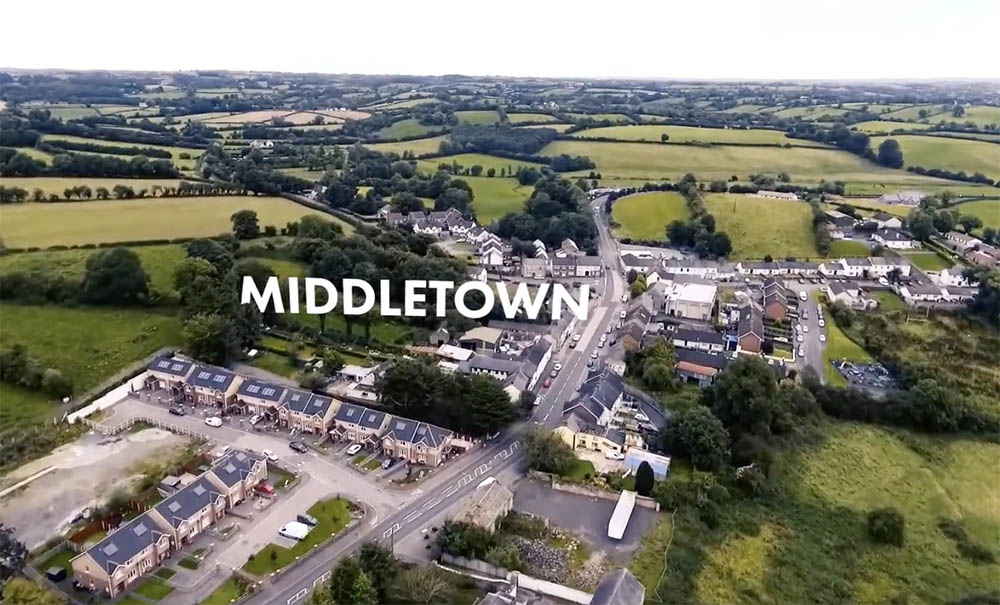 A new greenway linking Middletown with Monaghan town looks set to finally become a reality with an official planning application lodged this week.

Proposals have been drawn up for the northern section of the development, which will take the form of a five-metre wide granular surface course path. This will consist of gravel and dust, with an adjacent verge either side of stripped topsoil and timber guardrails.

It represents a major step forward and will be welcome news for all those who have been eagerly-awaiting the establishment of the proposed cross-border walking and cycling route laid largely along the banks of the Ulster Canal.

It will stretch from Ardgonnell Bridge, on the border at the River Cor, and Annagola Bridge in Middletown.

In addition to the laying of the greenway path, there are also plans to create a parking and amenity area in Middletown at the Annagola Bridge.

A separate planning application has also been submitted seeking Listed Building Consent for the lock-keeper’s house and historic bridge at Foyduff, north of Monaghan Road, Middletown, as part of the greenway development. It will see enhancements carried out which will mainly involve the clearance of overgrown vegetation and repointing of brickwork.

Both applications have been made by Armagh City, Banbridge and Craigavon Borough Council; Monaghan County Council will have responsibility for proposals south of the border.

According to a design and access statement the Co Armagh greenway project will stick largely to the route of the now infilled Ulster Canal and pass across agricultural lands.

And it “aims to optimise the qualities and unique features of the Ulster Canal where feasible”.

It says: “The proposed greenway in County Armagh measures circa 2.3 km in length and affects mainly rural land in both public and private ownership.

“It follows the route of the Ulster Canal as it proceeds parallel to the N12/A3 primary road to Middletown, County Armagh.

“The proposed greenway will be both a new link to and a continuation of an existing stretch of greenway through Monaghan Town, with construction completed in 2013.”

The greenway will pass through four townlands – Ardgonnell. Foyduff, Shantally and Tullybrick (Hamilton) – and connects to the proposed car parking and amenity area at Annagola Bridge. It terminates at a proposed new crossing point of the public road at Annagola Bridge.

The Department of Infrastructure has future plans to connect the greenway from Annagola Bridge into Middletown itself “via footway improvements”.

The statement gives an indication of the form the new route will take.

It explains: “The typical greenway corridor will comprise a five metre width along the majority of the route comprising a three metre wide unbound greenway; a one metre buffer zone on either side to accommodate drainage if required, and a 1.2 metre high timber boundary fence separating the greenway from any adjacent private land on one side, or two sides of the corridor, as required.”

Safety measures are also incorporated where the greenway must cross roads.

The statement adds: “Where the greenway crosses a public road construction will include dropped kerbs and tactile paving to allow access/egress from the greenway in a safe manner.

“A chicane or an approach stagger will be included to regulate the speed of cyclists on approach to intersections with the public road.

“Staggered approach barriers will be designed. The staggered railings are proposed to be black, wrought iron gates to tie the aesthetics of the greenway into the heritage of the Ulster Canal.” Map of Magherarney to Middletown

Information boards will be installed at start and end points of all greenway reaches, with waymarkers put in place at any interactions with public roads, private lanes, or other decision points to direct users.

Other information boards and signage will be installed to highlight historical features along the greenway, such as existing canal features, bridges or nearby points of interest. Signage advising users to slow down, or dismount will be placed between 65m to 110m in advance of ‘hazards’ such as approaches to public roads or change in gradients.

The greenway will not be illuminated.

As the statement reveals: “The design has not considered lighting of the entire greenway to be cognisant of the potential impacts to wildlife, for example bats, nor light pollution. The road safety audit for the relevant greenway did not highlight or recommend any need for street lighting along the route.”

The application for the northern greenway is due to be publicly advertised this week with a decision expected in due course.