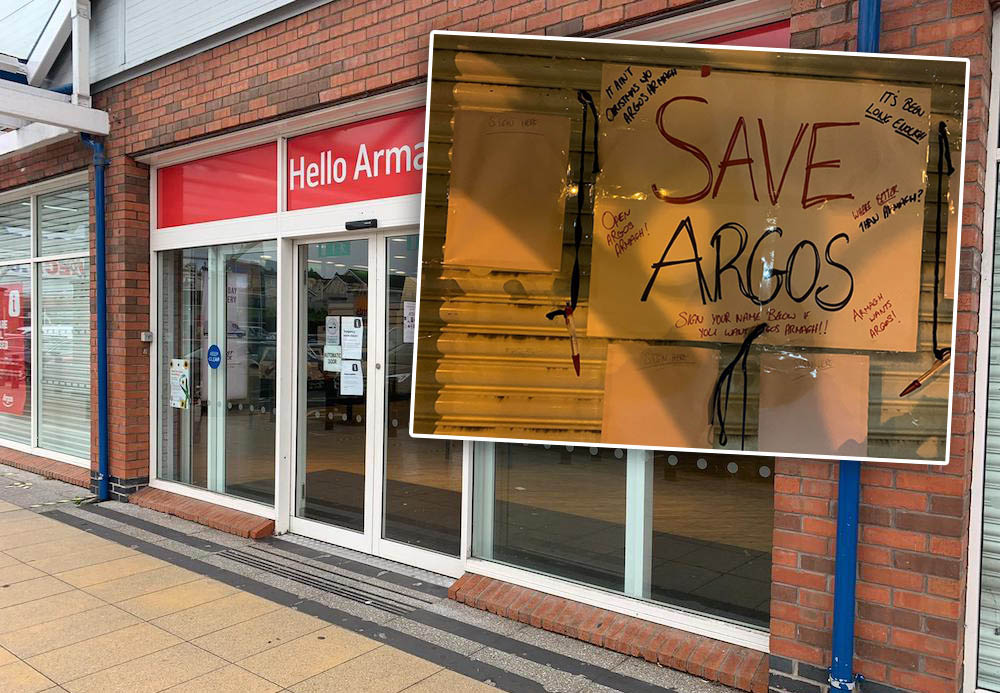 A petition to save the standalone Argos store in Armagh was launched over the weekend in a bid to ensure the city store remains – as fears grow for the future of the local outlet.

All non-essential retailers have been allowed to open from June 12, but this one store has been a noted absence in Armagh.

The popular Argos – a mainstay in the Spires Retail Park – has remained shut, whilst others have recommenced business.

Argos has been offering a click and collect service from the Sainsbury’s in the Mall Shopping Centre but with no browsing, meaning the closest fully operational store is in Craigavon.

As a result Armagh I contacted Argos to ascertain their plans for the store but the company remained tight-lipped.

A Sainsbury’s spokesperson commented: “As we continue to learn how our customers want to shop with us we are progressing the phased reopening of Argos standalone stores, while keeping safety our highest priority.

“Customers can find their nearest open store by visiting the Store Locator page on our website. We will keep our customers and colleagues updated on our plans.”

However, when probed further the company said they had no plans at this stage to close the store but would not commit any further information.

Armagh I understands that any decision is unlikely to be made before Christmas. The makeshift petition was pinned to the shutters of the store on Friday evening asking shoppers to sign their name if they want to keep the store in Armagh.

However, the petition has since been removed.

Messages on the hand-drawn petition read: ‘It ain’t Christmas without Argos Armagh’;  ‘it’s been long enough and ‘open Armagh’.

There are fears that if the store is going to remain closed over Christmas – the busiest period of the year, the outlook for the store looks pretty dim.

In September 2019 Sainsbury’s said it was set to close 50-60 Argos stores and moving them inside its supermarkets as part of a major reorganisation.

In a statement, the company said the closures are part of a plan to reduce costs by £500m over five years.

The supermarket did not say where the closures would be, but said all Argos staff would be relocated.

Meanwhile, Poundstretcher has announced it is leaving the Spires Retail Park in Armagh with a huge ‘store closing’ sign in the window. Last month, a Poundstretcher shop in Bangor closed its doors abruptly, with the company posting a short message on their Facebook page simply stating they have had to shut up shop.

While the Armagh store remains open, for how long, remains unclear.

Armagh I has approached the company for further details.