Awards will be presented at a special gala ceremony in Athlone 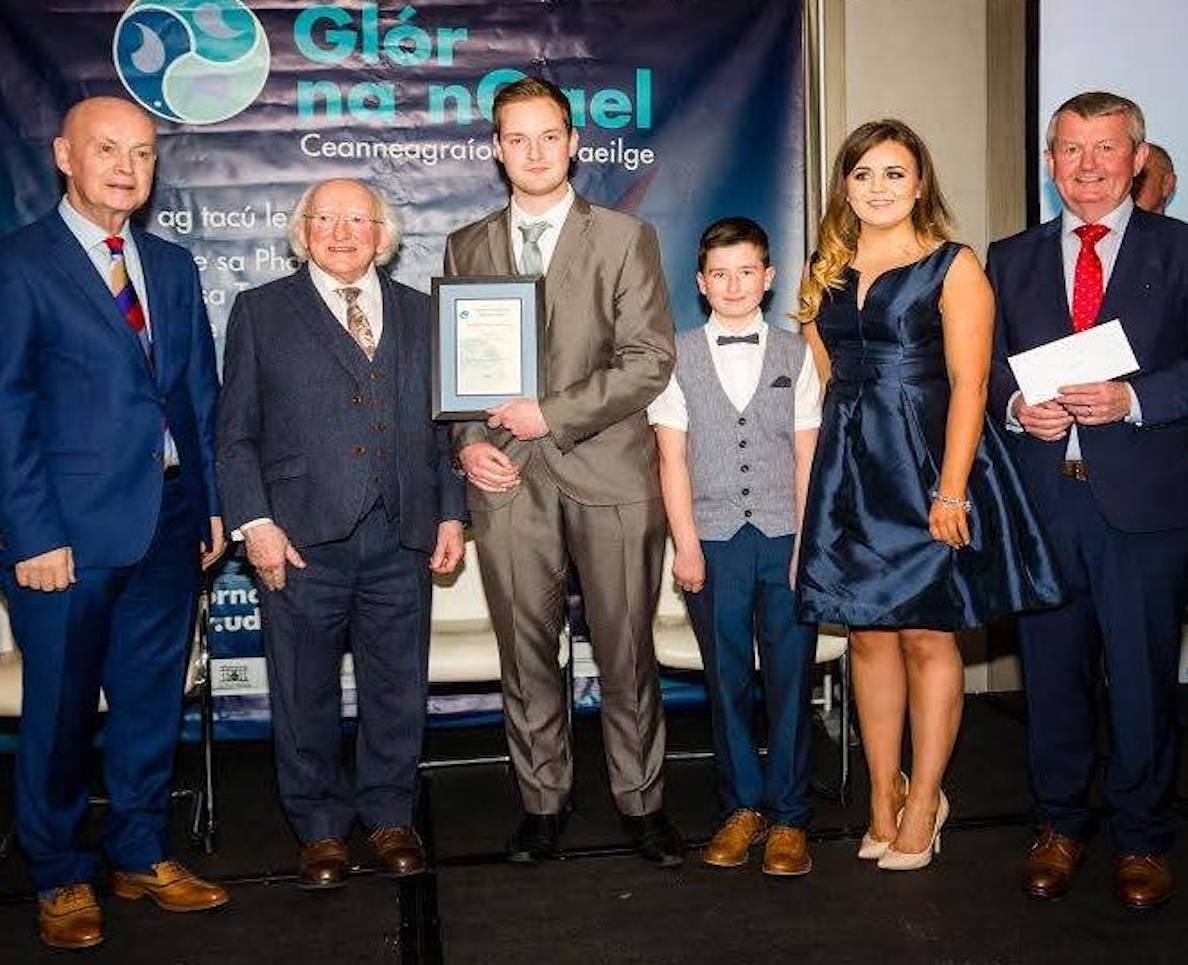 The awards aim to recognise community groups throughout Ireland who promote the Irish language through education, social activities, youth and family events, as well as developing new training and enterprise opportunities.

The Armagh group won an award in the section for areas with a population between 4,000 and 20,000 and joined groups from Belfast, Derry and the Galway Gaeltachtaí of An Cheathrú Rua and Cois Fharraige in receiving special recognition.

The awards will be presented at a special gala ceremony in Athlone on Saturday 10 March.

This is the fifth successive year that Armagh has been recognised in the Glór nan Gael awards.

On hearing of the awards, Cairde Teo volunteer Kerri Ní Gharmaile commented: “This is fantastic news for Irish speakers in Armagh and goes to prove that people right across the country recognise the continuing growth in popularity of the language here in the city and surrounding area.

“Armagh is home to a strong Irish medium education sector and this year saw a third naíscoil open in the city, as well as the success of the naíscoil in Keady. The Irish classes in St Catherine’s have witnessed phenomenal interest and the Irish medium youth club goes from strength to strength.

“This award is a huge boost for Gaeilgeoirí (Irish speakers) in Armagh, especially at a time when we embark on the building phase of the new cultural centre, Aonach Mhacha, at the Shambles.

“With Bliain na Gaeilge (Irish Language Year) taking place this year, it is an exciting time for Irish speakers and learners and indeed anyone who is interested in the language.”

As well as the main award, Cairde Teo also won a special award for the Irish language hillwalking group, Siúil, which takes place on a monthly basis.

The walking group offers Irish speakers with a common interest in hiking, in nature and in local history, an opportunity to use the language in a healthy and social network, and also allows learners to improve their Irish in a novel and informal way.

The Siúil group is about to get their 2018 programme underway, when they visit Cave Hill in Belfast on this coming Saturday, 3 February.

This year’s programme includes walks right across the north, stretching from Donegal right over to the Mourne and Cooley ranges, as well as a hike in the Wicklow mountains.

The walk on Cave Hill, known in Irish as Beann Mhadagáin, which also gives the anglicised Ben Madigan, will commence at 11am at the carpark at Belfast Castle off the Antrim Road. Cave Hill offers spectacular views over Belfast city and Belfast Lough and includes McArt’s Fort, which is said to have been the site where Wolfe Tone and Henry Joy McCracken took an oath in 1795 to launch the 1798 United Irishmen rebellion.

Indeed, it was on Cave Hill that Henry Joy was captured in 1798. The Giant’s Chair is also located on Cave Hill and was said to be one of the crowning seat of the O’Neill clan.

The walking group usually meet on the first Saturday of every month and they would be delighted to welcome new members.