Internationally-renowned Eamonn Dougan to give first ever Armagh performance 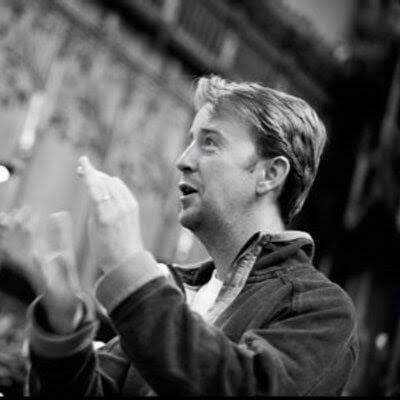 The eagerly-anticipated concert gets underway at at 7.30pm on Palm Sunday (April 9).

Eamonn is associate conductor of the renowned London-based choir ‘The Sixteen’, and this will be his first-ever performance in Armagh.

Eamonn Dougan’s father Jim was born in 1933 and was brought up on Cathedral Road. He was the son of Charlie and Ellen Dougan, Charlie being a butcher in the city.

As a boy and young man in the 1940s and 1950s, Jim sang in the Cathedral choir and played football for Armagh Harps.

He was a cousin of Jack Dougan, the well-known Armagh chemist, and was also a chemist himself.  Jim left Armagh for England in 1960 but always maintained his links with the city.

He died in London in 2012 and was laid to rest in the Cathedral cemetery.

Eamonn is looking forward to coming to the city.

He told Armagh I : “It is a great privilege for me to be directing this concert with Cappella Caeciliana.

“I am delighted at the opportunity to bring this wonderful music to the place my father loved.”

The concert programme includes the much-loved Fauré Requiem, with orchestra.

More information is available at www.caeciliana.org