In Pictures: Official book launch of ‘The Fourth Northerners and the Irish Revolution’ 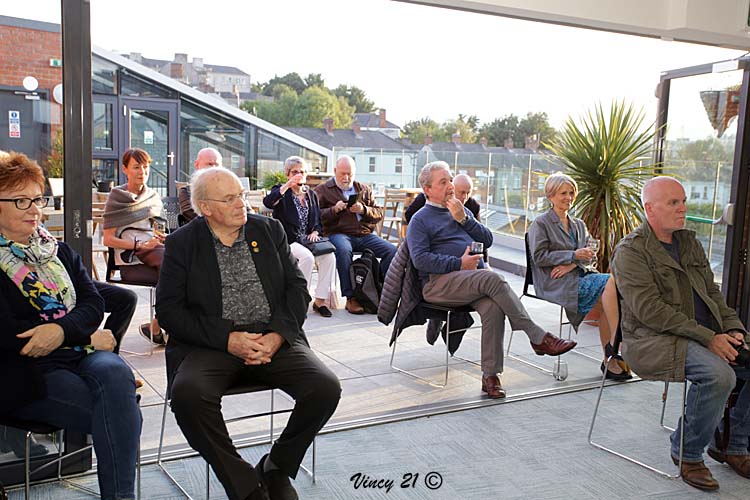 An official launch of the book ‘ The Fourth Northerners and The Irish Revolution’ by local academic Professor Gregory Knipe was held at the Cultúrann Aonach Mhacha on Friday night.

The event was introduced by Gearóid Ó Machail on behalf of Aonach Mhacha, then Réamonn Ó Ciaráin, Director of Education with Gael Linn, delivered an address to officially launch the book, followed by the publisher Dr. John Lynch of Litter Press and finally Professor Gregory Knipe the author addressed the gathering.

The enthusiastic attendees were informed by Gregory that this was an academic and historical look at the IRA Division which operated in County Armagh and parts of Counties Louth and Down from 1918 until 1923.

The revolutionary period in Irish history witnessed the setting up of parliaments in both Northern Ireland and the Irish Free State.

The book includes the membership rolls of all those involved in the Fourth Northern Division IRA including Fianna Eireann and the women’s na mBan.

It engages in a critical review of the incidents engaged in at the time in the Armagh area. The book is the definitive text on the structure and history of the Armagh IRA during the Irish War for Independence and the ensuing Civil War. For those interested the books is on sale in Macari’s bookshop, the Shambles Armagh at £15.