In Pictures: Fallen commemorated during Remembrance Sunday service and wreath-laying in Armagh

Across the ABC borough, Remembrance Sunday events - albeit on a smaller scale - also took place in towns and villages including Markethill, Tandragee, Richhill, Portadown, Lurgan and Banbridge 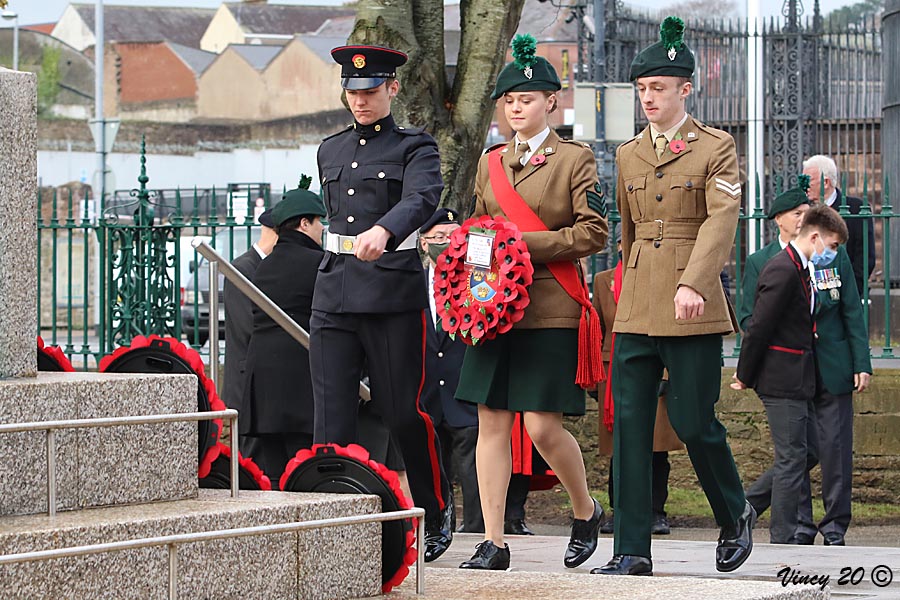 The large crowds which traditionally would have attended the Remembrance Sunday proceedings in Armagh may have been missing in numbers.

But there was still a fine turnout on the Mall – respecting social-distancing guidelines – as it hosted a special Service of Remembrance to honour and commemorate the Fallen on two World Wars and later conflicts.

The occasion also included the observing of Two Minutes Silence at 11am to mark the moment in 1918 when the guns across Europe fell silent at the end of the First World War.

The Remembrance Sunday in Armagh was held at the Cenotaph and as usual the Earl of Caledon, the Lord Lieutenant for County Armagh, was the principal guest, who laid the first wreath.

Among the many other wreaths which were placed at the Cenotaph were those laid by Ulster Unionist Councillor Sam Nicholson, on behalf of Armagh City, Banbridge and Craigavon Borough Council, with others placed by representatives of armed forces organisations, youth organisations and emergency services, to name but a few.

A scripture reading and brief service was brought by Church of Ireland Dean, the Very Rev Robert Townley, who also played a role in a special annual Act of Remembrance at Sloans House in Loughgall, organised by County Armagh Grand Orange Lodge, on Saturday afternoon.

Across the ABC borough, Remembrance Sunday events – albeit on a smaller scale – also took place in towns and villages including Markethill, Tandragee, Richhill, Portadown, Lurgan and Banbridge.

Pictures from the Mall in Armagh by VINCENT LOUGHRAN. Remembrance Sunday on The Mall in Armagh, 2020. Photos by Vincent Loughran