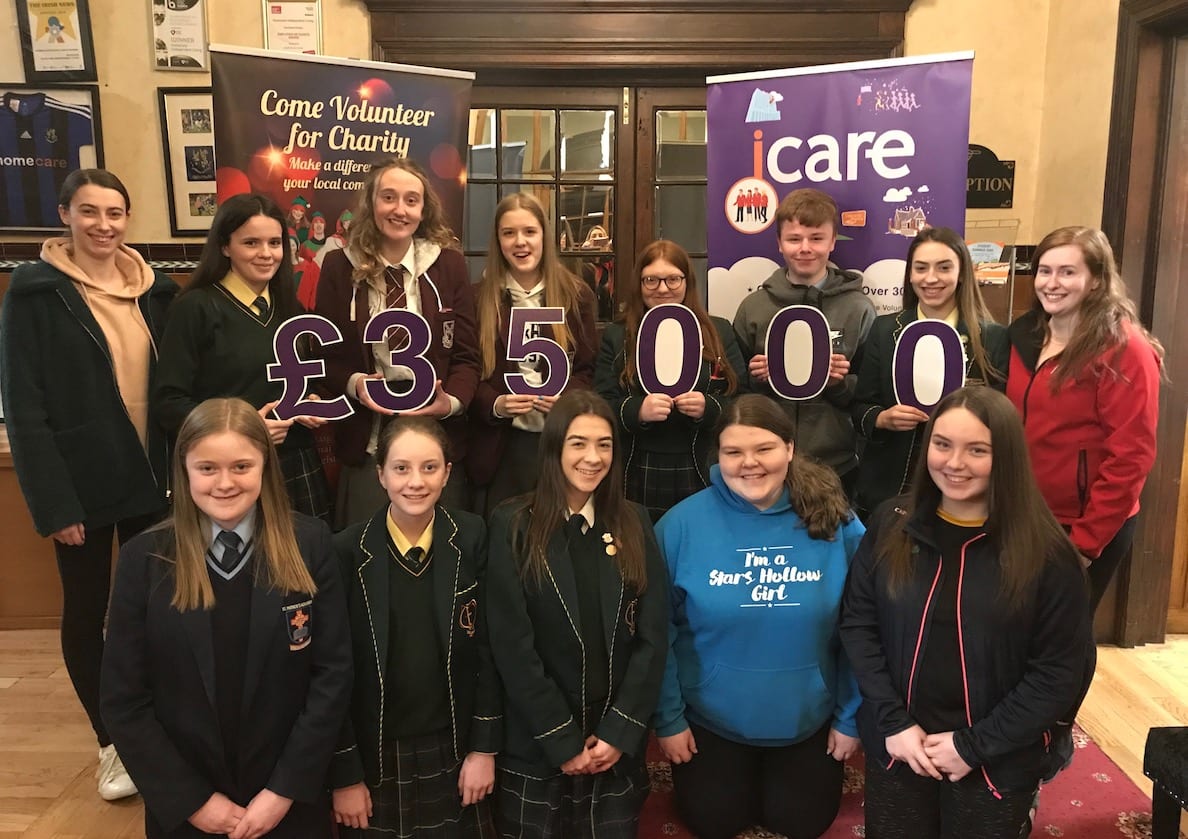 The Charity raised a massive £35,000 over the duration of the event, which ran for 17 nights!

Every festive season since 2010, Santa has taken up residence in the quaint Gatelodge in picturesque Milford, Co. Armagh.

He loves it here and the children who travel to meet him love it too. It’s the ultimate feel good festive treat because it also does good as the funds raised will be used to grant iCare Wishes to vulnerable individuals and groups across Ireland throughout the year.

Santa’s Gatelodge has grown in popularity year on year attracting families from all over.

The Christmas wonderland allows its guests to journey throughout the 130-year-old Gatelodge grounds, make a wish around the magical Christmas tree, meet Mrs Claus and share a story with the Fairy Godmother before setting off to the next phase.

Guests have an opportunity to experience first-hand, the Elf music school and Cinema before having a word with the big man himself, Mr Santa Claus. The display is aimed at children of all ages with even the oldest of guest’s singing a Christmas carol or two along the way.

The final fundraising amount was announced at iCare’s recent volunteer celebration evening, where Grainne O’Neill, iCare Committee Member thanked each volunteer, some of whom offered between 50 and 100 hours of their time.

She said: “We appreciate all of your ongoing support and help, we wouldn’t be able to successfully run Santa’s Gatelodge without the dedication of our volunteers. We are delighted to celebrate your commitment this evening by presenting you with your Millennium Volunteer Certificate.

“iCare would sincerely like to thank all the new and returning families who came to visit the Gatelodge without whom this fundraising achievement would not be possible. We are already looking forward to Christmas 2019.

“In the meantime, you can see details of the special iCare Wishes we grant throughout the year on our iCare Facebook page and website.”

Based in Milford and established by a group of Homecare Independent Living employees, iCare is a charity dedicated to improving the lives of people and their families through simple acts of kindness.

Everything iCare does is designed to lift hearts and do good. Since its inception in 2010, the volunteer led charity has raised over £325,000 and delivered more than 330 iCare Wishes to individuals and groups across Ireland.

To learn more about iCare, please visit www.icarecharity.com. If you would be interested in volunteering with iCare, please email icare@hcil.com