There is a large-scale rescue operation currently ongoing in Tassagh 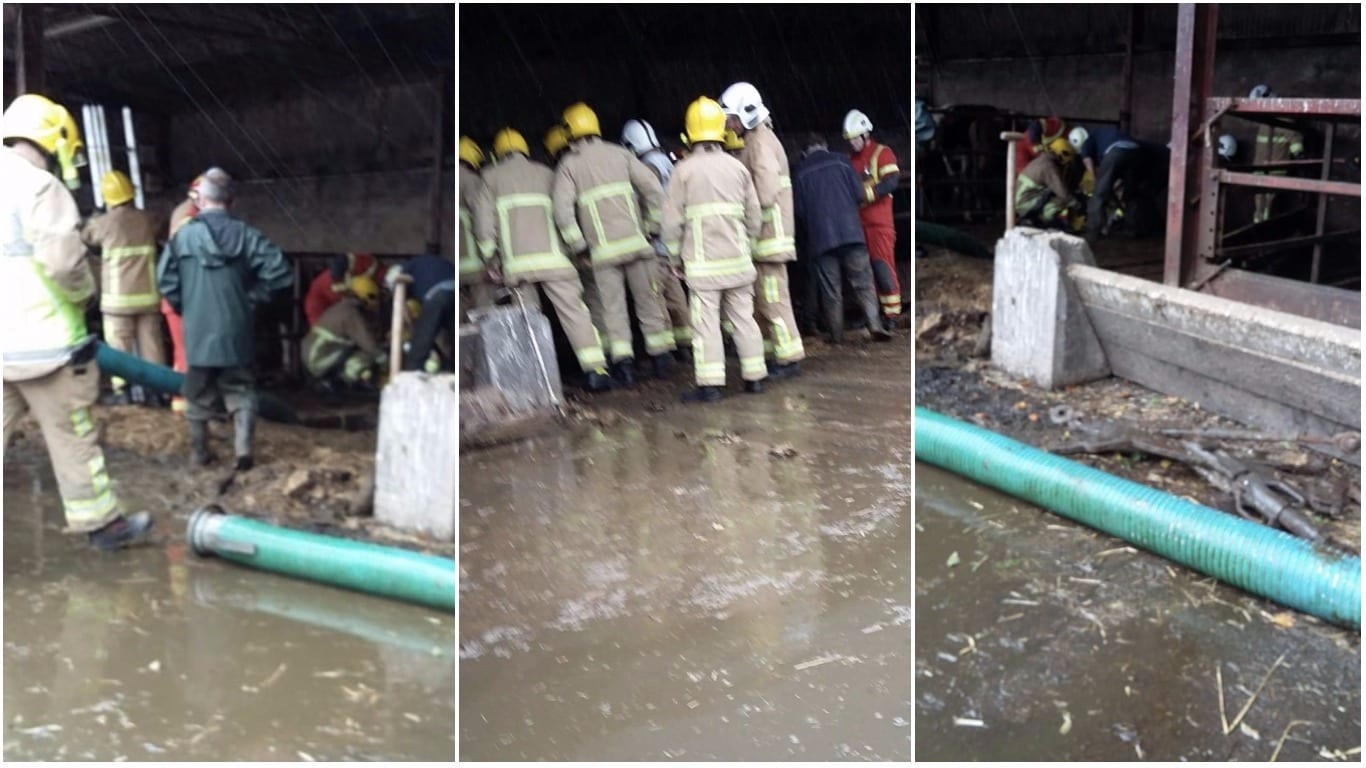 Around 35 firefighters are currently involved in a huge rescue mission at a county Armagh farm this afternoon (Wednesday).

A number of fire crews and animal rescue personnel have been tasked to a farm in Tassagh after a number of cattle fell into a slurry tank.

The incident happened just before midday on the Killyfaddy Road, between Keady and Armagh.

It remains unclear how the incident happened but crews are working hard to free the remaining livestock in difficult conditions.

Nobody else has been injured in the incident.