How to make Armagh better? Community consultation highlights what people of area think.. 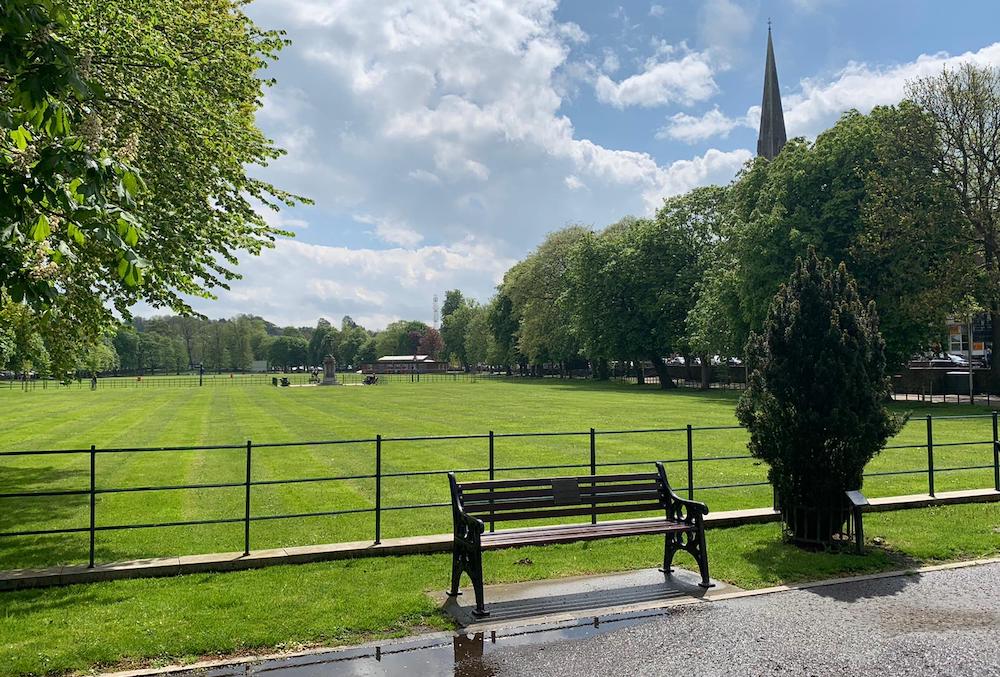 A survey of Armagh residents says much more can be done to make the city a better place to live and work in.

One of the major issues highlighted by responders centred around the horrendous traffic on the Mall and the need to get rid of vehicles in one of the city’s most historical green areas – on a permanent basis.

Not one person, in a number of online public workshops, said they would cycle around Armagh – the main reason was that it is too dangerous. The Callan and Folly Rivers were brought up 15 times in the workshops.

Other ideas included a ‘Mall Quarter’ as well as traffic free cycle paths between the various nature spaces “could really attract visitors”.

Responders also cited business rates “putting off renters and people wanting to utilise the empty shops” and that the Market Square on English Street in “underused”.

Other suggestions for improving the city included: addressing vacancy and dereliction; litter and cleanliness; introducing a by-pass; building the proposed sports village and running track; a new swimming pool; attracting more IT businesses; a rail link; better facilities for tourists; more flexible use of the Mall: outdoor music; cycle links; more frequent and reliable bus service; removal of flags; and to open the Gaol as a tourist attraction.

The report comes as part of the ongoing development of the Armagh Place Plan, with a wider public consultation due to go live in November 2021.

The Armagh Place Plan, an initiative being taken forward by Armagh, Banbridge and Craigavon Community Planning Partnership, will be the first locality plan for the Borough under its new community planning remit.

The Department for Communities and the Northern Ireland Housing Executive have also contributed to the development of the plan.

A number of online public workshops, citizen surveys, youth-focused workshops and engagement days have taken place since the wider project commenced in December 2020.

The community engagement report focused on drawing upon the insights of people of all ages from the local community in Armagh.

The report found that the older community was concerned about the younger generation as they are more inclined to leave the city, so understanding this issue and delving into their own experiences was considered worthy of further investigation.

School children from across the city were invited to identify what they enjoyed most about the city, as well as what they would improve. Initial feedback received included: using outdoor spaces in different and imaginative ways; facilitating more places for the community to come together; addressing traffic concerns; a sense of pride in the city’s unique history and heritage.

In additional comments from adults, respondents felt several considerations should be prioritised, with ‘health and wellbeing’, ‘jobs and employment’ and ‘involvement in decision making’ all polling as high priorities.

Mura Quigley, Associate Director at Urban Scale Interventions, the team behind the development of the Armagh Place Plan, found the responses from young people to be particularly insightful.

“Younger people clearly indicated they appreciate and value the history and heritage of Armagh, wanting it to be enhanced even more. While they feel there is a need for new shops, they would like to see empty buildings come back to life first,” she said.

Ms Quigley continued: “Even if they enjoy meeting in the Mall, traffic is a deterrent to making this a truly accessible space.

Exploring the city’s outdoor spaces, as well as enjoying the wider cultural offering, were high on their priorities.”

With the wider public consultation for the Armagh Place Plan being made available next month for a 12-week period, Armagh, Banbridge and Craigavon Community Planning Partnership is inviting traders and local businesses from the city to a virtual consultation on Tuesday, November 9 at 7pm.

Registration can be made by contacting communityplanning@armaghbanbridgecraigavon.gov.uk.

Thanking the public whose thoughts contributed to the development of community engagement report, Councillor Jackie Donnelly, Deputy Lord Mayor of Armagh City, Banbridge and Craigavon Borough Council, said: “There was a fantastic level of participation from the Armagh community on this initial engagement phase, with hundreds of people providing their thoughts and views on the future of the city.

“With the recent news that Armagh has been long-listed for the coveted title of UK City of Culture 2025, I would encourage anyone with an interest in the future of the city to have their say online and through other planned engagement activities as part of the wider public consultation of the Armagh Place Plan.”

Roger Wilson, Chief Executive of Armagh City, Banbridge and Craigavon Borough Council and Chair of the Armagh, Banbridge and Craigavon Community Planning Partnership, emphasised the importance of development of the plan saying: “We want to continue this conversation and receive input from as many people as possible to ensure we have a plan that is co-designed by the people who know Armagh best – those who live, work, play and study there.”

The community engagement report can be accessed at www.armaghbanbridgecraigavon.gov.uk/resident/armagh-place-plan where the public can also find out further information on the upcoming Armagh Place Plan public consultation.