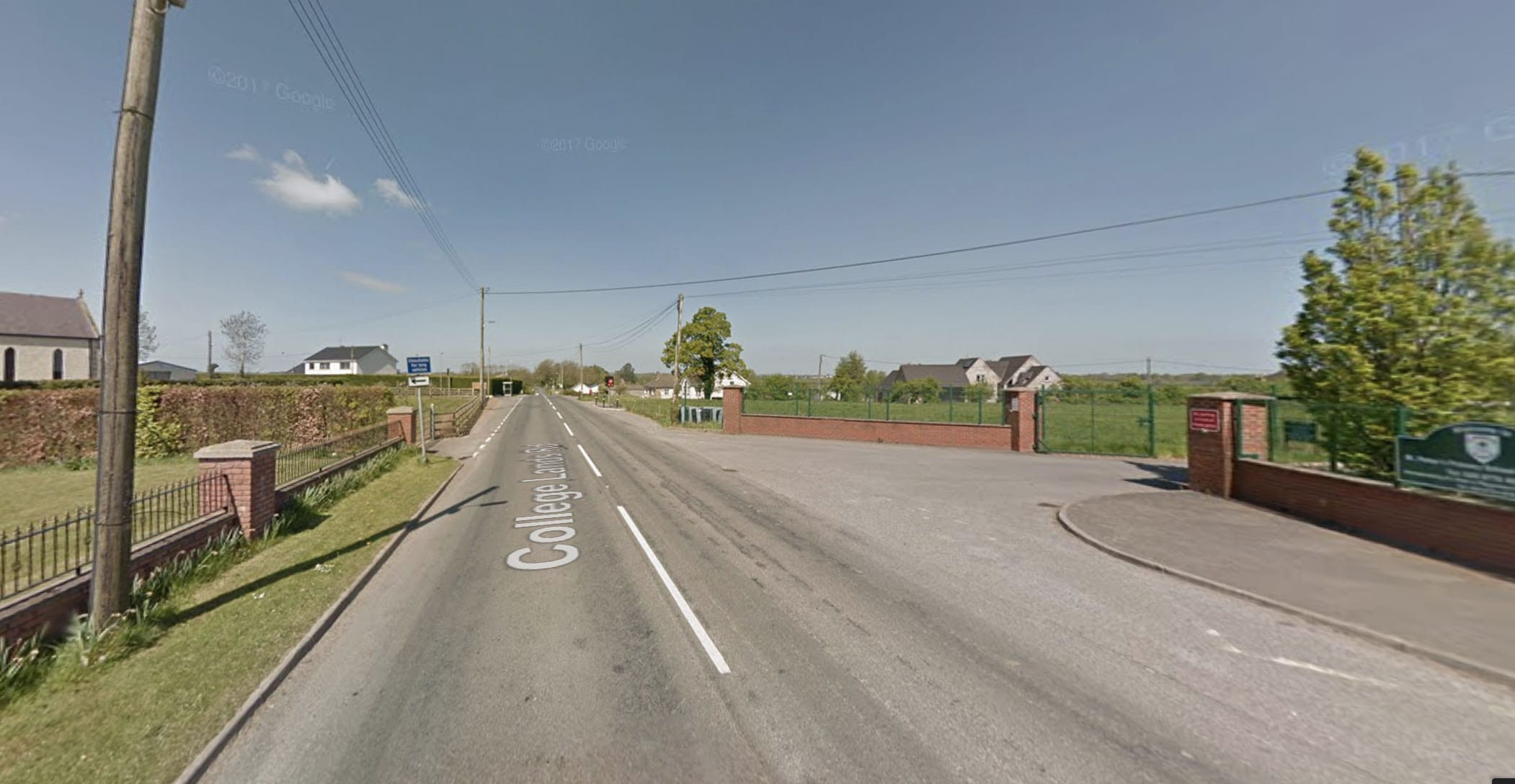 Outline planning approval has been recommended for a housing development beside a rural Co Armagh primary school – despite local letters and a petition of protest.

The development – consisting of nine houses complete with garages – is earmarked for a site beside St Peter’s Primary School at Collegelands.

Among the objections is one from neighbouring College Hall, a listed building built in 1845 by Charles Stewart Parnell, which was of the belief that it would “seriously downgrade the character and value of our property”.

The application includes a new access from College Lands Road.

Outline approval was given in September 2008 for a total of 24 houses at this site – two detached and 22 semi-detached properties.

The site is adjacent to the school and directly opposite St Peter’s Parish Church and Cemetery.

As this is an application for outline planning approval, there is no requirement for house design type to be submitted at this stage.

But conceptual design is for three different house types – two storey to front and to rear and single storey or ‘chalet’ type homes in between.

The information is containing within the original design and access statement also submitted, which describes the proposed development as being “much reduced” from that previously approved.

An updated design and access document concludes: “The conceptual layout responds positively to the site constraints whilst respecting its neighbours.

A footpath “should be provided in accordance with Transport NI standards across the site frontage”.

A petition, signed by residents on College Lands Road, and five letters of objection were sent to planners after the proposals were publicly advertised.

One letter-writer expressed the view that it was “an accident waiting to happen” and argued: “There is no public footpath to the school, the GAA grounds or the local villages. This is an extremely busy and fast road.

“The area is already congested on church days and school days with no adequate parking.”

The application, however, has been recommended for approval by planners.

That is the opinion which will go to the planning committee of Armagh City, Banbridge and Craigavon Borough Council, which would be tasked with making the final decision.

In addition, outline planning approval would then have to be followed with an application for full planning permission which would again have to be publicly advertised and considered, when more detailed design and proposals are brought forward.