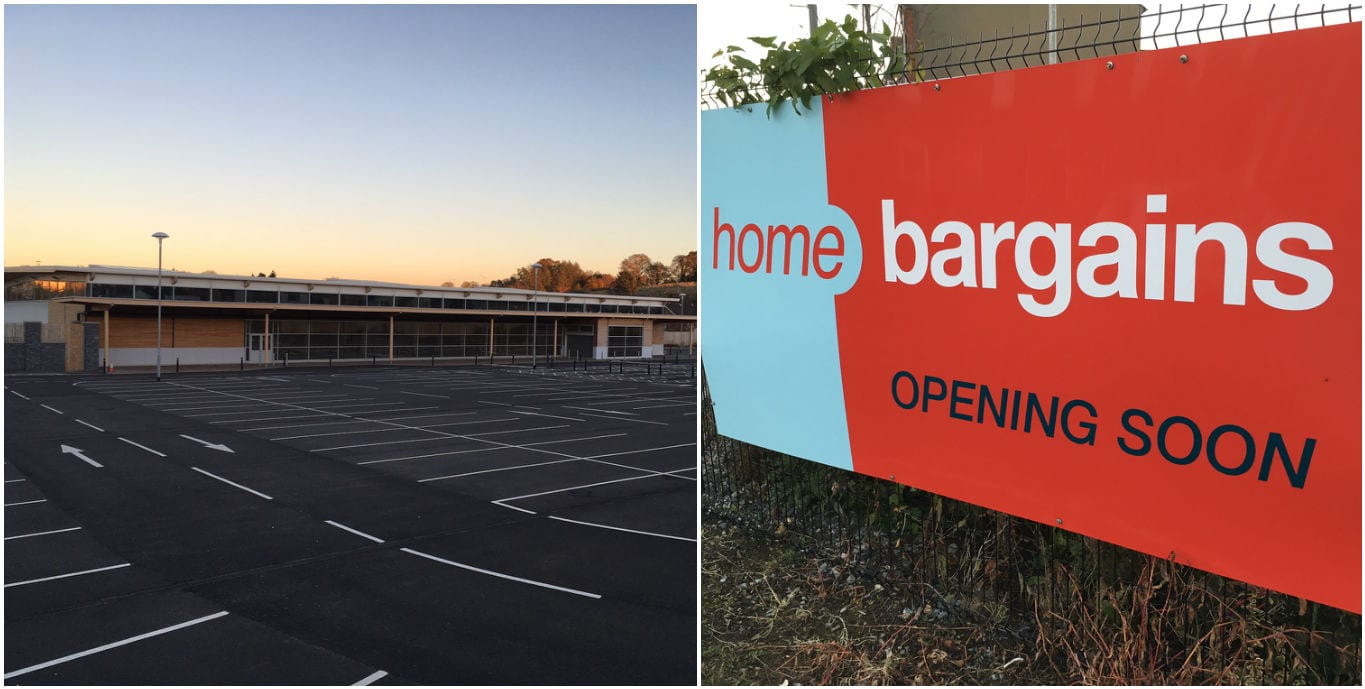 Home Bargains will open their brand new store in the city in late June, Armagh I can exclusively reveal.

The store is expected to be the retailer’s biggest in Northern Ireland and it will take in the massive ‘super-store’ site which had previously been earmarked for Tesco.

But there were growing doubts over whether or not the move would go ahead as the months passed by.

This afternoon, (Monday), however, it was confirmed that Home Bargains is once again pressing ahead with an Armagh store.

And it is a move which will bring in the region of 100 jobs to the city.

Eagle-eyed passersby had contacted Armagh I over recent weeks enquiring about the development, with the arrival of fitters to prep the building ahead of the opening.

We can now exclusively reveal the intention is to open towards the end of June.

But the acquisition will NOT include a drive through restaurant, which had been included when the former Tesco premises was sub-divided into four units and marketed as the Railway Retail Park.

Confirmation of the opening has been given to local SDLP Councillor Thomas O’Hanlon, who said local shoppers had been left disappointed that first Tesco had withdrawn, and then a lack of movement by Home Bargains heightened fears the building would remain empty.

He said he had been informed this afternoon of the budget retailer’s intention to “move ahead with their plans to open the store” and that “they expect that to happen in the latter part of June 2017”.

And Councillor O’Hanlon continued: “They have also confirmed that, contrary to much speculation, they will be the only retailer to occupy the building and the only business operating from that site.

“I want to welcome this news. Whilst the building still looks in pristine condition from the outside, the site itself has started to become somewhat untidy and, as we head into the spring months, the weeds and grass can only but grow further adding to the perception of dereliction.

“This is a prime site on the edge of the city and it is good to see that it will become operational in the not too distant future.

“Home Bargains have contractors working on the site at present and I understand recruitment of some of the senior positions within the store has already begun, with a further recruitment exercise to begin in the near future.”