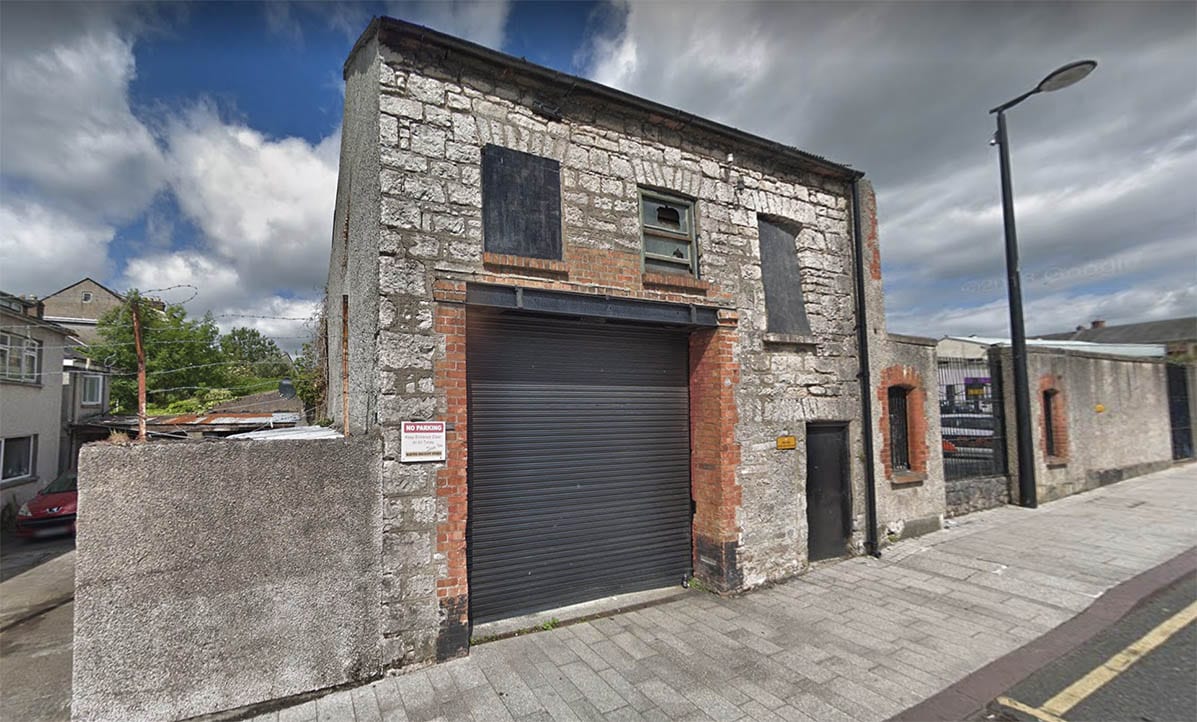 An Armagh city centre building – described as being a “danger to the public” – is to be demolished.

The two-storey structure is to be found on Linenhall Street, between the former Mel’s Diner at the corner of Dobbin Street and the Abbey Lane car park.

Now Martin’s Discount Stores, which operates out of Dobbin Street and uses this building to the rear of its property as a store, plans to demolish it.

The building will then be rebuilt and will continue to be used as a store at ground floor level.

But the first floor, which currently is vacant, would be brought into productive use. It would see the development of a two-bedroom apartment, with staircase access to the side via Linenhall Street.

The red-brick building – with a roller-shutter entrance – needs to come down according to the professionals.

A planning application has been submitted to Armagh City, Banbridge and Craigavon Borough Council seeking approval to do just that and will be publicly advertised next week.

A planning statement accompanying papers says the building appears to be the last of a row that has previously been demolished.

It adds: “The existing building is in a bad state of repair and the front elevation is starting to bulge in the middle making it a danger to the public.”

It refers to the “unique character and amenity” within Armagh city centre and says the replacement building design will be in keeping with the area.

The Historic Environment Division at the Department for Communities has been consulted and has already studied the plans.

And it has informed council that it is “content that due to the scale and nature of the development the proposal is satisfactory” to both planning policies and archaeological policy requirements.