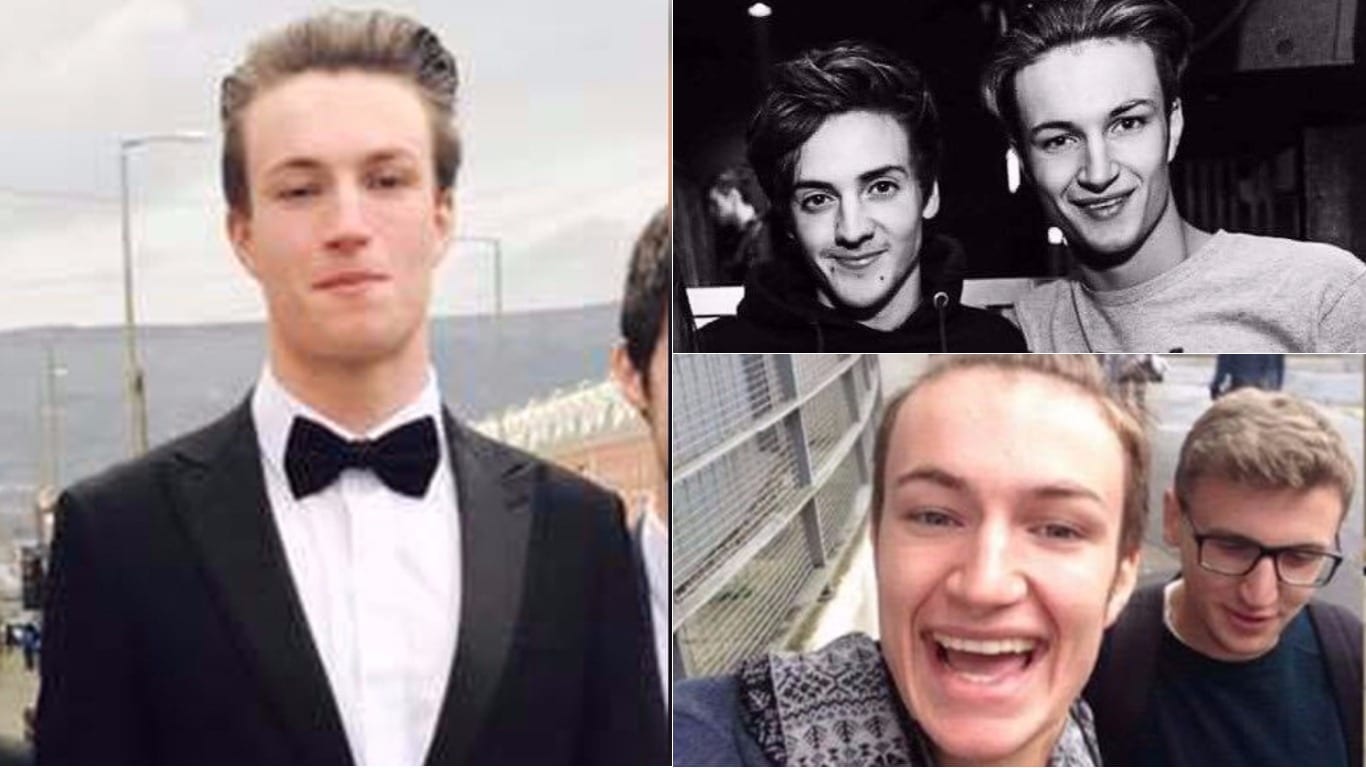 Photo: Courtesy of the family

The family of a young Armagh man who died after taking unwell at the Orchard Leisure Centre have bravely spoken of his final moments, of how he clung to life to give them the chance to say their final goodbyes.

A popular member of the Armagh Swimming Club, he had been training at the Orchard Leisure Centre on Friday evening.

Staff there treated him at the pool until the Northern Ireland Ambulance crew arrived at 9.25pm, and he was taken to hospital.

Tragically, Chris, who had attended St Colman’s College in Newry, passed away, plunging his family and friends into mourning and sending shockwaves across the local community.

The young Armagh man was loved by all who had the privilege of knowing him; he had an infectious smile and a kind and generous spirit which simply endeared him to all whom he met.

Nowhere will his loss be felt more than within his devastated family.

Parents Malachy and Teresa, and brothers Oisin and Michael, will now be preparing to lay to rest a darling son and sibling.

In their time of unimaginable sorrow, they have taken great comfort from the kind words and thoughts of friends, from neighbours, from complete strangers, who hold them in their prayers.

And for that they would like to thank everyone who has reached out to them, and everyone who did all that they could for Chris, from the staff at the Orchard Leisure Centre to the paramedics and those who tended to him.

Brother Oisin – who bravely shared with us details of their final precious moments with Chris – said they were finding it hard to take everything in and were in a state of shock.

He had no underlying health problems; he simply went training on Friday evening and tragically never came home.

But Oisin revealed how Chris fought for life at the end, how the special bond of love between a mother and son was the powerful driving force which kept him alive long enough, in order that his nearest and dearest might be by his side when he drew his last breath.

Oisin told Armagh I : “Chris was not unwell at all, he was the strongest and fittest person I knew. He was only 20 and we were looking forward to celebrating his 21st birthday in June with all the family around.

“Christopher’s heart had stopped beating and the doctors had stopped working on him. At that point my mother Teresa held his hand and spoke into his ear – ‘Christopher please wake up, I love you’.

“After this, his heart started and he started breathing by himself.

“For two-and-a-half hours he fought bravely to allow us enough time to say goodbye to him.

“It was the power of love between my brother and mother that made him fight on, that allowed us to share those last moments.

“This final fight for life was Christopher’s final gift to my mother.

“I made it to the hospital three minutes before he passed away, and that just shows that he wanted everyone to have enough time to say goodbye.

“Even when he was about to die he was selfless and brave, just as he was in life.”

The family are struggling to come to terms with the enormity of the loss. But they are taking huge comfort from knowing that Chris has left an indelible mark on so many lives.

He was a very special person and that has been coming across from the tributes which people have been paying since his untimely passing.

Oisin said the family had been moved by the kindly words, describing his brother as “such a gentleman”.

He added: “Chris was a great lad and we all love him and are immensely proud of him.

“The support from friends and loved ones has been amazing.

“I can’t believe the effect and positive impact he had on people’s lives.

The family are still waiting to finalise funeral arrangements, but it is expected to take place early next week.

A bright light has been extinguished from their lives but will live on in their hearts.

We offer our heartfelt sympathies and condolences to them all at this time and assure them of our prayers.