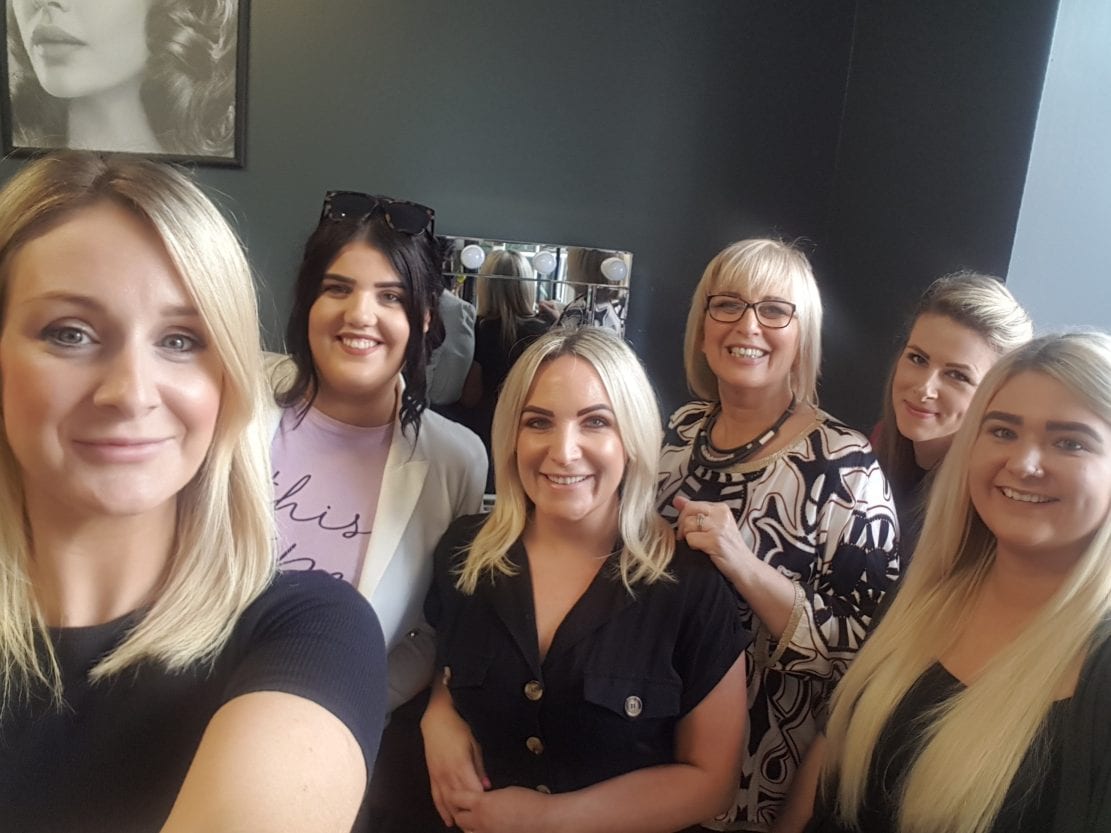 An Armagh hairdresser, who runs one of the city’s most photogenic salons, says the success of her luxurious Dobbin Street setting has led to an extension of her opening hours.

Deirdre Black, proprietor of Hairlines, says the business, which has operated in the heart of the city centre for nine years, has gone from strength-to-strength.

So much so, Deirdre has taken the decision to open on a Monday and late on a Thursday (until 8pm), all the while operating six-days-a-week.

“We’re one of the few salons that operate on a Monday, not many do it but we’ve found it has been great for business,” Deirdre told Armagh I.

Operating out of a fantastic listed building, just off Linenhall Street – for almost a decade – Deirdre says the Hairlines location is great for her loyal customer base.

“It has been nine years and we’ve been very lucky for those nine years, especially with the location,” she said.

“The parking is easy as it’s on-street and you have the bottom of Scotch Street just around the corner.”

But longevity has not been the sole responsibility of the parking but rather the friendly atmosphere, something Deirdre says, is one of the things customers comment on regularly.

“We have a great wee team here and a lovely, friendly atmosphere in the salon and people do remark on that.

“We try our best to make it an experience for our customers whether it’s their first of 101st visit.”

Deirdre, who trained in London years ago, said she’s had some customers come to her for 30 years – something she says has been a blessing in a very competitive environment.

“The loyalty we have here is fantastic and just thinking about some of the people whose hair I have cut, some of those have been coming to me 30 years.

“I’m blessed to have that. Sometimes I have to kick myself and say to myself, ‘imagine people have stayed with me for this long, over 30 years’.

“It’s fantastic and I am really grateful for that. That is in itself a recommendation.”

With business booming, Deirdre is quick to point to the sterling work of her team, which includes Sarah Hughes – who does barbering, extensions along with hairdressing; Krista Basketfield; Ellie Conway; Kylie Tucker; and Roberta Suminskaite.

Hairlines are currently running a competition in conjunction with make-up artist Nadine McLoughlin and Bespoke by Shelly. Check it out here for your chance to win on July 7.

Hairlines is open Monday-Saturday until 5.30pm (4pm on Saturday) with an 8pm close on Thursdays. They are stockists Cloud Nine and Olaplex.