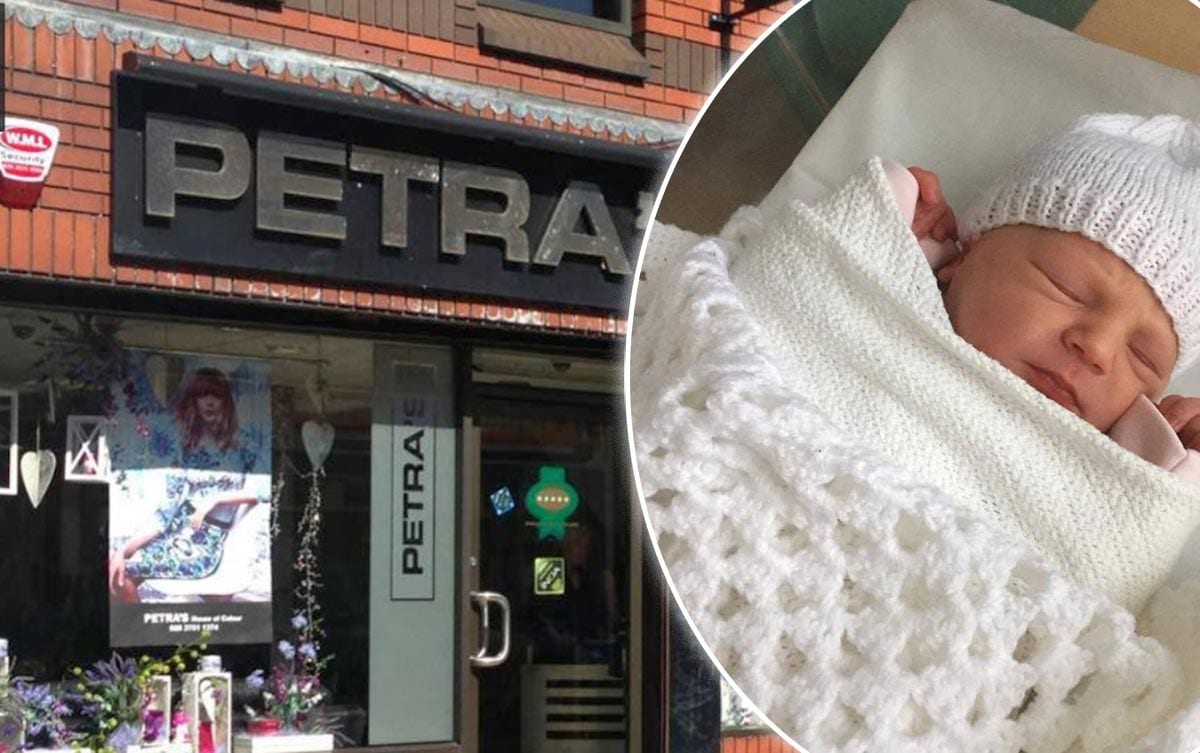 Staff at an Armagh hair salon got more than they bargained for when one of their regular clients went into labour on Wednesday afternoon.

Andrea Hamilton, from Armagh, was nine months pregnant when she walked into Petra’s House of Colour in Thomas Street earlier this week.

She wasn’t due for at least another week…or so she thought!

While in the salon getting her hair coloured for the big day, Andrea started to feel a few twinges, which soon turned into full-blown contractions.

It was all hands on deck as the salon dealt with an altogether different kind of hair-raiser scenario.

One of the stylists ran down to the pharmacy to get some paracetamol while Andrea rang her husband Chris to come and collect her.

But what about her hair? There was still time for that of course!

The staff re-grouped, got Andrea’s coloured rinsed, gave her a blow-dry and sent her on her way around 12.30pm.

And two and a half hours later Andrea had given birth to a beautiful baby daughter, Savannah (pictured) – and there wasn’t a hair out of place.

Proud mum Andrea told Armagh I: “Savannah was exactly a week early so I thought I’d enjoy getting my hair done well in advance.

“It was only when I started to get the colour in that I felt a few wee pains, but the longer I sat the stronger they got!

“By the time I was getting the blow dry I was really struggling!

“So Chris collected me, we went straight to hospital and we had a beautiful little girl two and a half hours later.”

The award-winning team at Petra’s can add another string to their bow.

Speaking afterwards, the girls said: “It’s another first for us!

“It was a very exciting morning in the salon for sure. Natasha (Andrea’s stylist) said to her when she walked through the door, ‘you look like a woman who’s about to go into labour’.

“They both laughed it off knowing Andrea had another week until her due date! Natasha said she won’t be making jokes like that again.”