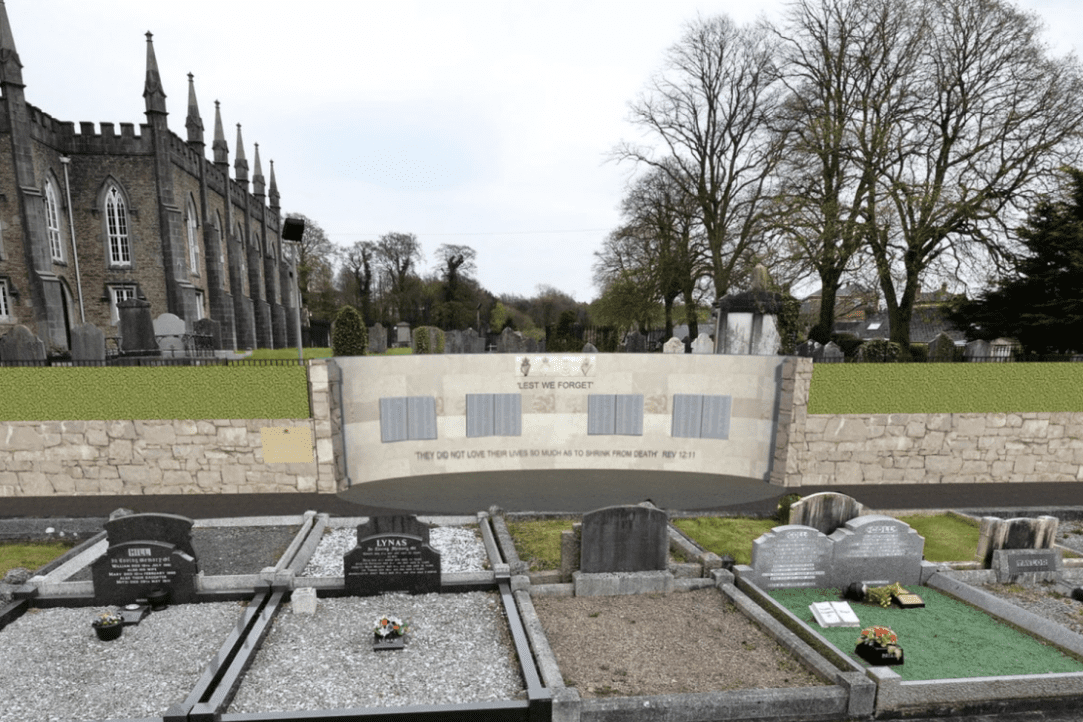 How the memorial will look when constructed

Fundraising efforts for a memorial wall in Armagh city have hit target just 18 months into an expected five-year drive.

The Co Armagh Phoenix Group were hoping to raise £80,000 to build a wall to remember security forces personnel killed during the Troubles in county Armagh.

Planning permission has been granted for the construction in the grounds of St Mark’s Church on Victoria Street.

But the group have been overwhelmed by the support they have received in the last year-and-a-half.

Ronnie Quigg from Warringstown, chair of the memorial fundraising group, told the Belfast Telegraph: “The response has been amazing with lots of fundraisers from ‘buy a brick’ to presentations in Royal British Legion premises, concerts, talks, displays, sponsored walks and lots more.

“Such has been the response that, after only 18 months, the process to construct and raise the wall has officially started.

“It is intended to break ground at St Mark’s Church later this year. At present, we anticipate that the County Armagh Memorial Wall will be completed and ready for unveiling and dedication next summer.

“At present, the committee overseeing the project is engaged in checking, double-checking and rechecking records to ensure that all names, spellings and dates of death of those to be remembered are correct.

“This will ensure that the most time-consuming part of the construction – the engraving of details of over 320 members of the security forces on memorial tablets – can begin.”

Support the memorial by visiting www.armaghmemorial.org