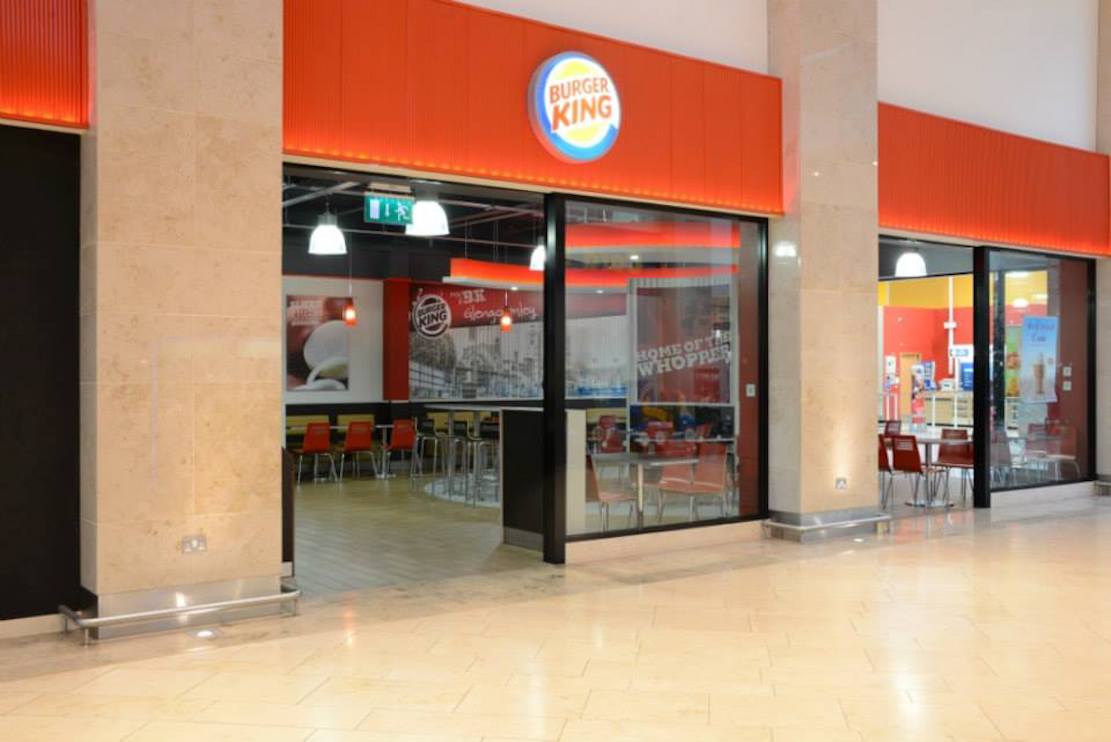 A concerted effort is on to find tenants for two vacant hot food outlets in the Mall West Shopping Centre in Armagh.

The owners of the centre have tasked a leading real estate firm, CBRE, to market the property in the hope of bringing them back into productive use.

The former Burger King premises occupies two units at the centre and has been vacant for a number of years since the fast food giant pulled out.

In recent weeks, the premises have undergone works internally in a fresh bid to draw a tenant.

The former O’Brien’s unit is also being marketed after it too closed and has remained empty ever since.

CBRE’s Belfast office is leading the campaign to have both occupied again.

A fresh marketing campaign kicked off this week with both described as being in a “prominent location” in a shopping centre anchored by Sainsbury’s and pay and display car parking on site.

And both “benefit from hot food consent”, according to CBRE.

Two years ago approval was given for changes to the facades of the building at Burger King for glazing and a new second entrance, prompting hopes a new arrival was imminent.

Nothing, however, materialised and now a fresh drive is underway to lease these two units with agents hopeful that this can be achieved.