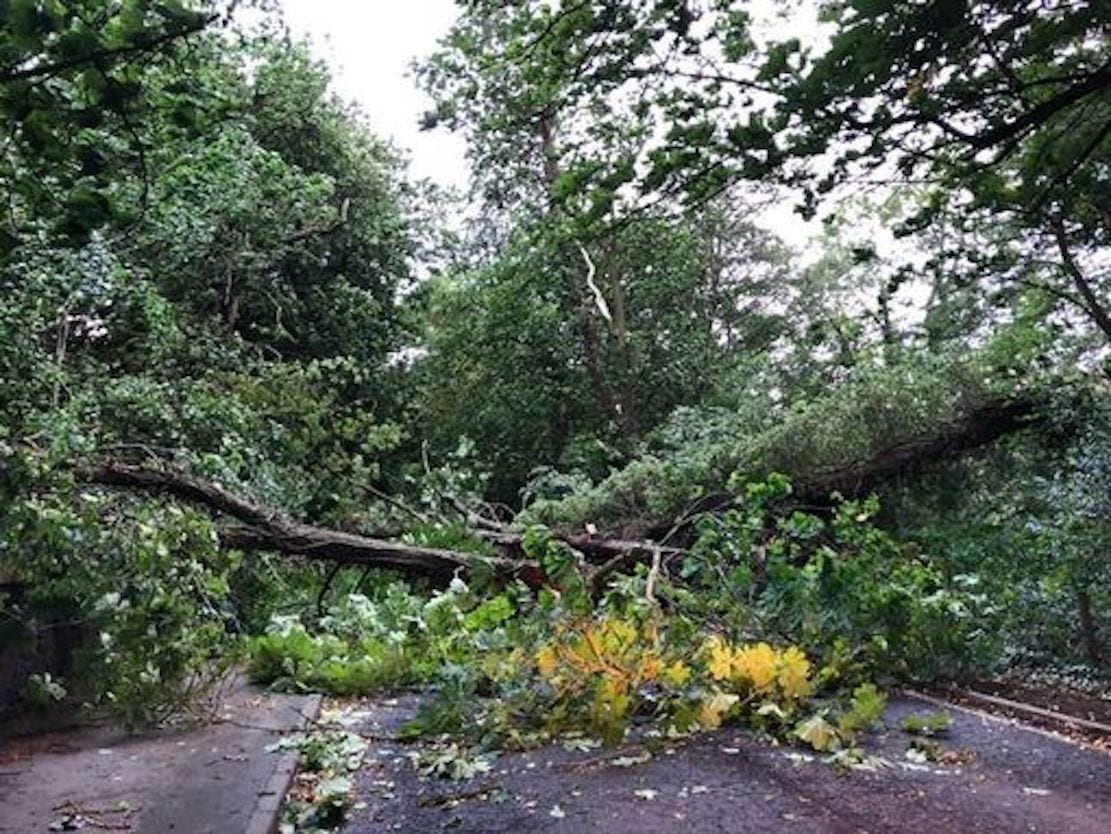 Met Office is urging people to be prepared for potential dangers with weather warnings in place as Storm Callum prepares to batter Northern Ireland on Friday.

The yellow warning has been issued for strong gusts of wind up to 60mph – and up to 70mph in exposed and hilly areas – which would be coupled with very heavy rain.

It comes into force from around 3am on Friday and lasts through until midnight.

While the weather is fine this evening and milder than average it is, quite literally, the calm before the storm.

The Met Office is warning that there exists the potential for injuries and danger to life, the possibility of damage to buildings and disruption to travel.

Power cuts could also result and other services – including mobile phone and broadband network coverage – could be impacted.

Storm Callum is the third named storm of the season.

It is due to pass to the west of Ireland, northern England and Scotland during Friday.

The strongest winds are likely in western Ireland, although North Western parts of the UK can expect severe gales.

The main impacts for the UK will be from heavy rain across some western areas on Friday and Saturday.

Chief Meteorologist Frank Saunders, said: “Strong winds at this time of year can increase the rate of leaf fall which can potentially block drains or culverts and, with the heavy rainfall expected over Friday and Saturday, could well heighten the potential for flooding.”The strongest winds are expected across eastern areas of Northern Ireland during the early hours of Friday morning followed by Scotland from mid-morning onward.