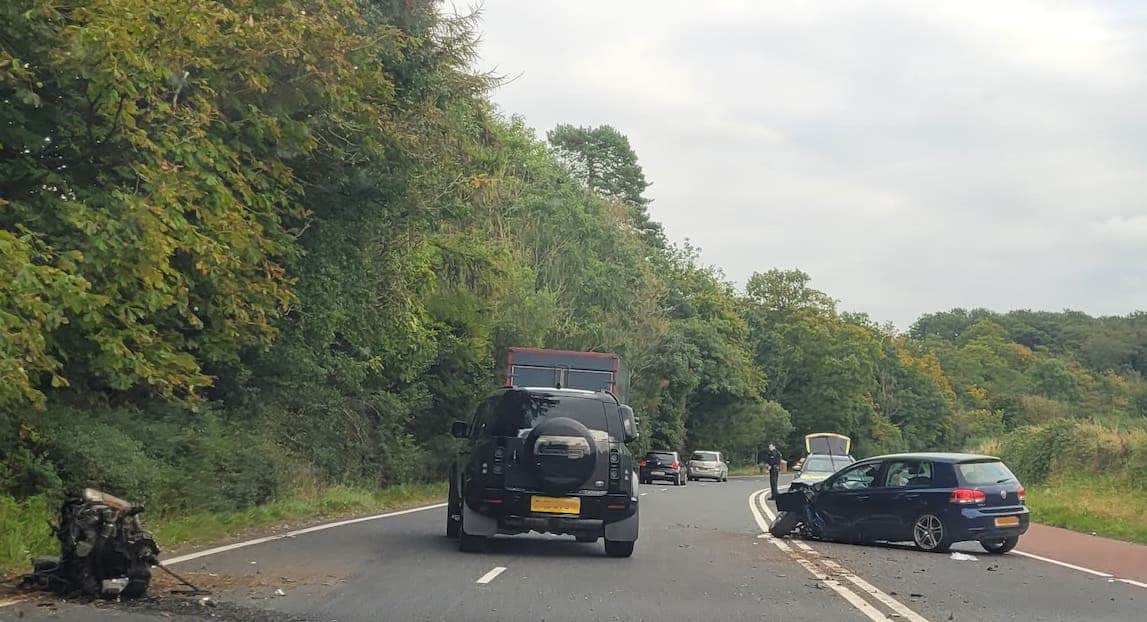 Five people were taken to hospital after a car collided with a tree in Armagh earlier this afternoon (Monday).

The single-vehicle collision occurred on the Portadown Road, just a few hundred yards from the city boundary, just before 3pm.

One eye-witness said the engine was ripped from the vehicle and was lying on the other side of the road, such was the extent of the damage.

A PSNI spokesperson told Armagh I: “Officers attended the scene of a single vehicle road traffic collision in the Portadown Road area of Armagh earlier today.

“At around 2.50pm, a vehicle collided with a tree; there were no other vehicles were involved.

“Five people were taken to hospital for treatment to their injuries.”

The road has been cleared to traffic. There are no further details at this stage.