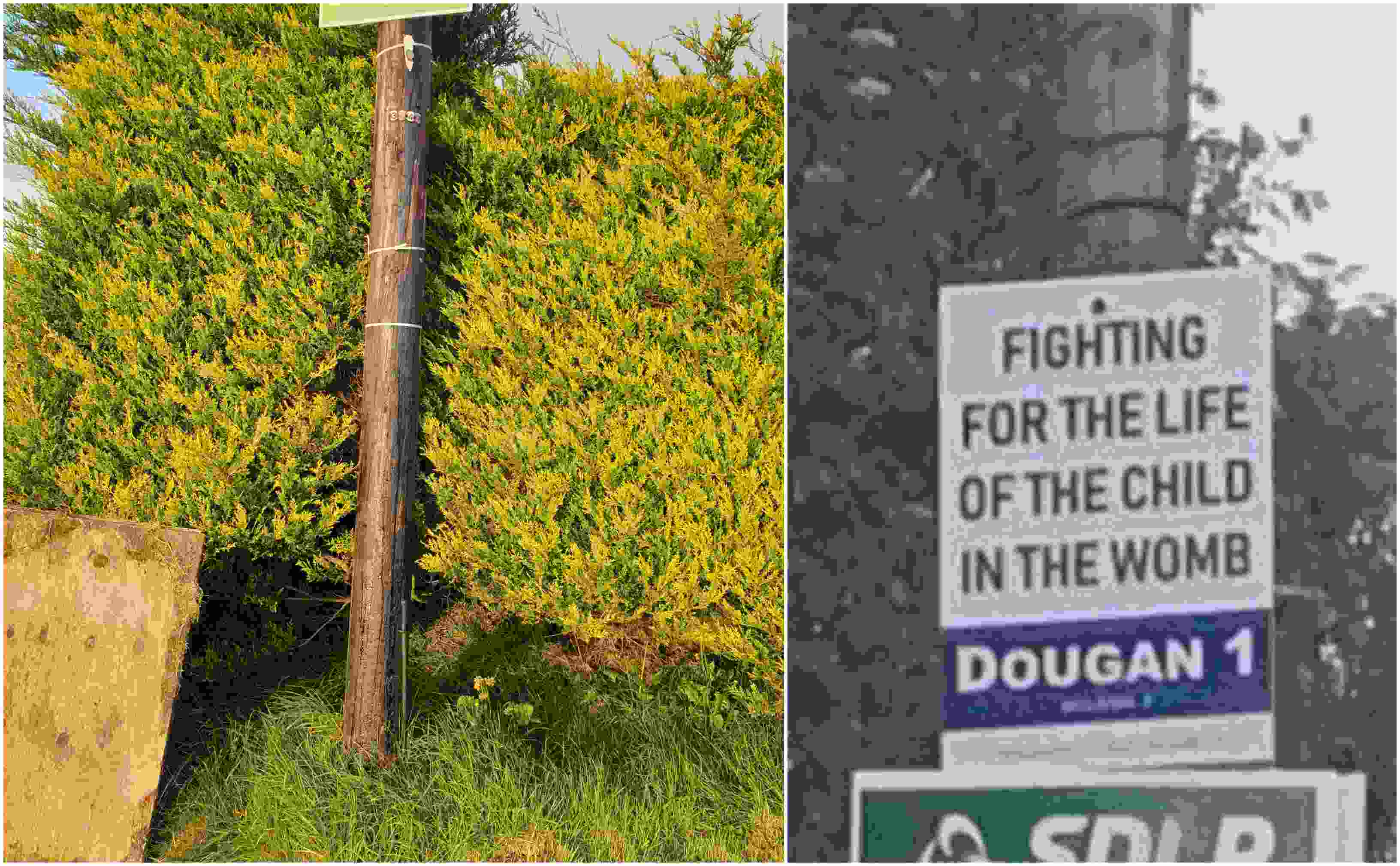 The pictures show one of the locations on the Armagh-Newtownhamilton Road opposite Tassagh Junction, where the cable ties remain on the pole where the poster has been ripped off, and one of the pro-life message posters, of which eight have been removed.

A first-time council election candidate believes the theft of 16 of his posters was part of an “organised exercise”.

With the local government elections due to take place on Thursday, Quincey Dougan is standing for the DUP in the Cusher area.

And he has expressed disappointment at the “wide-scale removal of my posters in parts of the district”.

Mr Dougan said: “In my campaign I deliberately set out to ensure that I canvassed all communities and all parts of my catchment area.

“That included those parts of Cusher that Unionism has in the past only touched on a superficial basis, perhaps because of perceptions that it was not worth it given the lack of potential votes.

“As a part of this I erected posters across the Granemore, Darkley and Ballymacnab areas, stretching right to the border. Posters are far from a massively important aspect of any election, however they do draw attention to candidates and issues.”

Over a short period of time at the end of last week, however Mr Dougan said some 16 posters had been removed from the area.

He added: “When I learnt of it, it was truly disheartening as it had been part of a sincere attempt to engage with locals.

“I have no idea who removed the posters in such an obviously organised manner, but I have no doubt it was a very small number of people and not representative of the vast majority of south west Cusher.

“It is notable that most of those removed carried a pro-life message, and from that it could be suggested that those responsible had some sort of specific issue with that aspect.

“Despite my disappointment I will be continuing to canvas across the entirety of Cusher.”