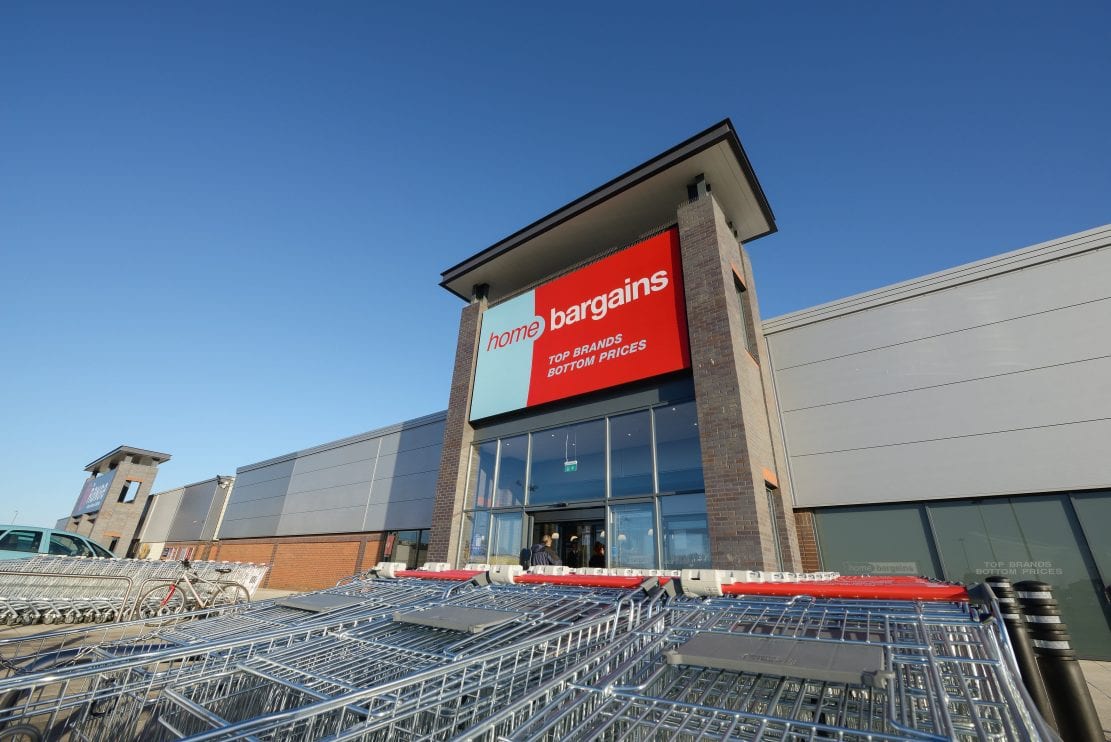 Armagh I can confirm Home Bargains will be the first tenant at the site of the vacant Tesco store – a move which could create up to 100 jobs.

Six months after we first linked the budget retailer to the Alexander Road site and a planning application has now been submitted whichc would allow for the creation of the new unit.

The application will see modifications undertaken to increase the elevation on one part of the completed store. It also will see changes to the storage yard area to make way for the retailer.

It was in November last year that Armagh I first reported Home Bargains’ potential interest in the Alexander Road site.

We did so after revealing the Liverpool-based retailer was to be given the green light to open a massive new store in Banbridge – a move which planners had been told could bring 75 new jobs to the town.

The retailer planned to convert two units at the Bridgewater Park to accommodate its needs for a 2,000 sq metre store.

Home Bargains’ interests in Armagh would be more than double that and would represent one of its biggest stores here.

Portadown-based construction company JH Turkington & Son had built the original store, with Tesco announcing in January 2015 that it was pulling the plug on its planned outlets in Armagh and Carryduff.

It completed the work and handed over the keys to Tesco, which has been paying substantial rates on the building ever since.

Tesco – which had promised to create 250 jobs in the city – owns the site but will enter into contract with TJ Morris Ltd, Home Bargains’ parent company, which intends to buy a newly-renovated outlet.

JH Turkington & Son has submitted the application on behalf of both parties.

It refers to an area in excess of 4,600 sq metres and represents a substantial investment, bringing both contruction jobs and retail opportunities upon completion.

The plans are now under consideration by officials at Armagh City, Banbridge and Craigavon Borough Council.

The council has been kept updated and in March Armagh I reported that an announcement was imminent.

The Home Bargains opening represents just one part of the overall site, which was rebranded as the Railway Retail Park and sub-divided into four units and a drive-thru when Tesco withdrew.

Last April, upon completion, DTZ McCombe Pierce, which was marketing the units, said they would be developed individually as tenants were secured.

Home Bargains’ owner TJ Morris was established more than 40 years ago by Tom Morris, who opened his first store in Liverpool and grew the business to become one of the biggest privately owned companies in the United Kingdom.

The Armagh store will be the latest acquisition in part of its ongoing expansion plan.

The application is under consideration by planners but almost certain to be approved. It would allow for construction to take place and an opening possible later in the year.