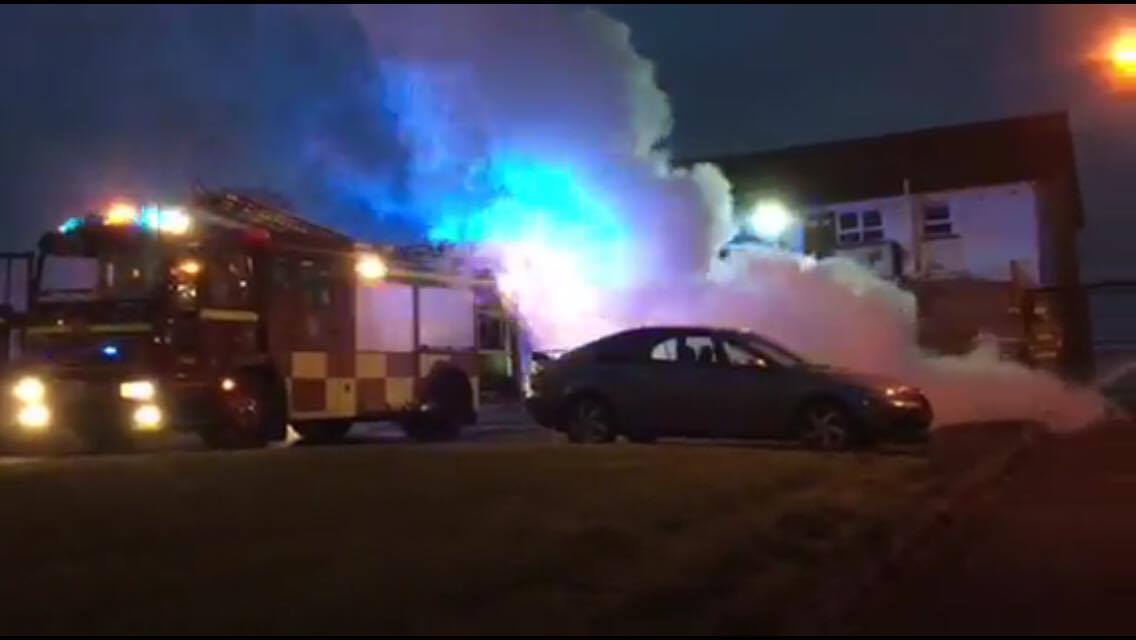 A fire which which gutted a caravan in an Armagh housing estate was arson, it has been confirmed.

The incident happened in the Callanbridge Park area during the early hours of Friday morning.

CCTV footage of the incident was taken away.

Northern Ireland Fire and Rescue Service attended the scene and brought the blaze under control.

Neighbours had spoken of hearing a number of loud explosions and found the caravan well alight.

One eyewitness told Armagh I he had seen a “lot of smoke” and went from his Ard Ri home where he captured footage of the drama unfolding.

The PSNI has now confirmed it is investigating and has appealed for help from the public.

A spokesperson told Armagh I that the incident was reported to them shortly after 4am.

He said: “The caravan was completely destroyed in this fire, which is believed to have been started deliberately.

“A car which was parked nearby received minor damage. NIFRS were also in attendance.

“Anyone who has any information about this incident is asked to contact Armagh Police Station on the non-emergency number 101, quoting reference number 131 17/06/16.