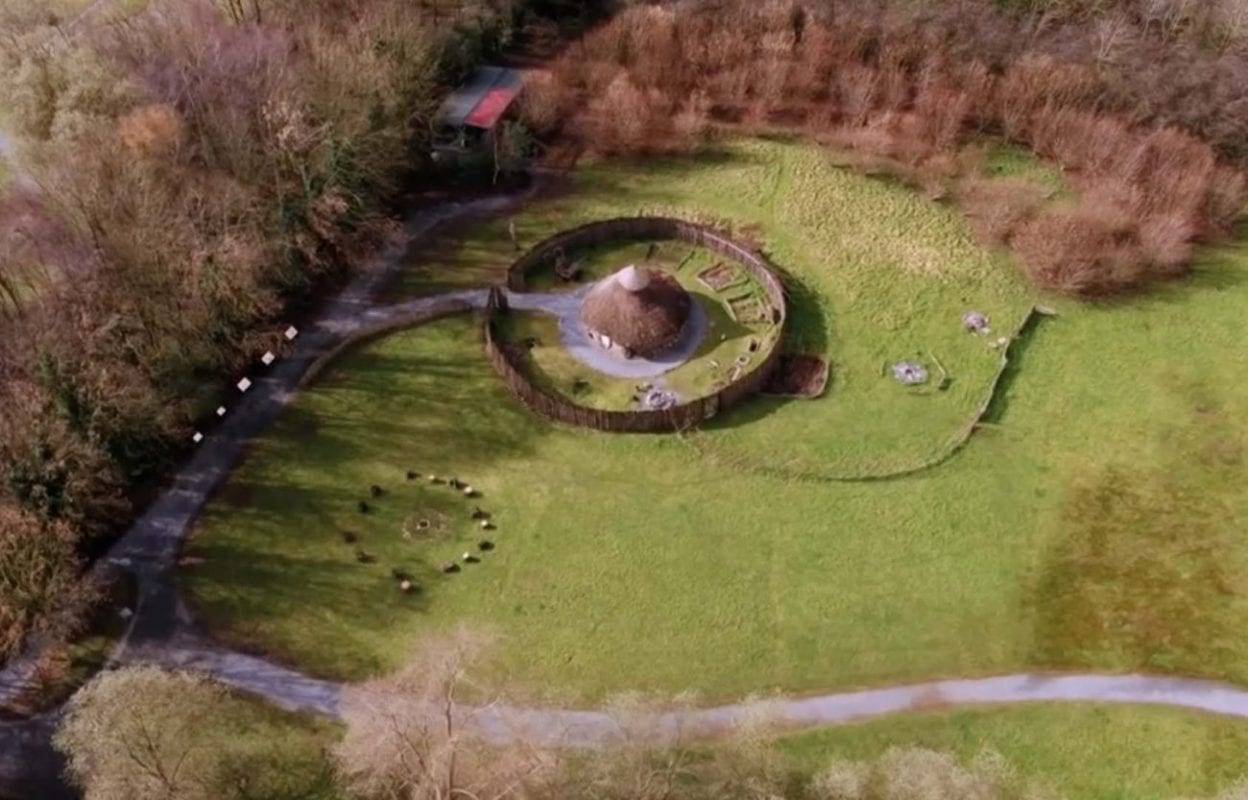 Evidence of monumental huge temple complexes of the Iron Age and residences of early kings of Ulster from the medieval period has been discovered at Navan Fort in Armagh.

Academics from Queen’s University Belfast and the University of Aberdeen have been using a technique called magnetic gradiometry and an electrical resistance survey to help find potential structures at the site.

And their work has uncovered some exciting structures deep underground.

Navan Fort is one of Ireland’s most ancient landscapes because it is the seat of legendary kings, like Chonchobhar and mac Nessa, and provides the backdrop to the exploits of warriors like Cú Chulainn, Conal Cernach and others in the great epic saga Táin Bó Cuailainge, or the Cattle Raid of Colley.

In addition to identifying the residences of early medieval kings of Ulster, activity at Navan Fort is contemporary with the foundation of Armagh by St Patrick only 1km to the east and some of the buildings uncovered are likely to be the identifiable with the house built by Níall ÓG Ua Neill for all the poets of Ireland in 1387.

Evidence for the continuity of activity at Navan after the coming of Christianity and foundation of Armagh, the primatial seat of the Church in Ireland, is particularly significant.

The research was conducted in the form of a survey, led by Dr Patrick Gleeson, Senior Lecturer in Archaeology at the School of Natural and Built Environment at Queen’s and his team of colleagues from the University of Aberdeen and German Archaeological Institute, Frankfurt.

The results are the initial work of an on-going programme that add rich discoveries to the iconic site of Navan Fort.

The sighting evidences a vast temple complex and ceremonial centre of prehistoric Europe, as well as the first evidence of continued medieval activity during the period when Navan Fort was associated with the kingship of Ulster.

It is one of Ireland’s so-called royal sites, a group of five ceremonial centres of prehistoric origin, documented in the medieval period as the capitals of the five fifths that divided Ireland.

Talking about the survey, Dr Gleeson said: “Excavation in the 1960s uncovered one of the most spectacular series of buildings of any region of prehistoric Europe, including a series of figure-of-8 buildings of the Early Iron Age and a 40m timber-ringed structure constructed c.95 BC. Upon the latter’s construction, it was immediately filled with stones and burnt to the ground in order to create a massive mound that now dominates the site.

“Our discoveries add significant additional data, hinting that the buildings uncovered in the 1960s were not domestic structures lived in by kings, but a series of massive temples, some of the largest and most complex ritual arena of any region of later prehistoric and pre-Roman Northern Europe.”