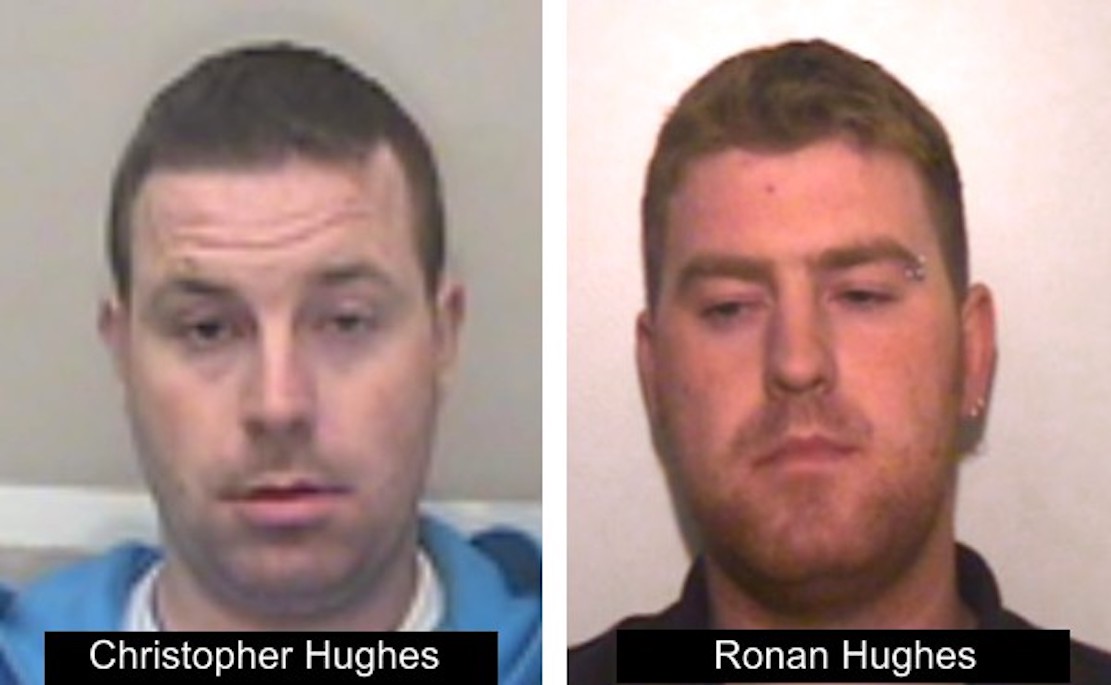 Essex Police have made the trip over to Belfast to make a direct appeal for two Co Armagh brothers to hand themselves in.

Brothers Ronan, 40, and Christopher Hughes, 34, from Armagh, are wanted by police on suspicion of manslaughter and people trafficking, following the death of 39 people in a refrigerated trailer in Grays last week.

The driver of the lorry, Maurice Robinson, from Laurelvale, appeared in court in Chelmsford on Monday.

Robinson, who faces 39 counts of manslaughter, conspiracy to traffic people, conspiracy to assist unlawful immigration and money laundering, was remanded in custody and is due to appear again at the Old Bailey in London later this month.

Addressing a press conference this morning (Friday), Detective Chief Inspector Daniel Stoten said: “Today I want to make a direct appeal – Ronan and Christopher, hand yourselves in to the Police Service of Northern Ireland.

“We need you both to come forward and assist this investigation.

“Although we have already spoken to Ronan Hughes recently by telephone we need to have a conversation with him and his brother in person.

“It is essential we follow all lines of inquiry and bring those responsible for these tragic events to justice,” he said.

“Ronan and Christopher Hughes are known to have links in Northern Ireland and Ireland as well as the road haulage and shipping industries.

“Yesterday, on Thursday 31 October, the Police Service of Northern Ireland, acting upon information, stopped a lorry believed to be connected to the Hughes brothers.

“The vehicle was subsequently seized and no further arrests were made.”