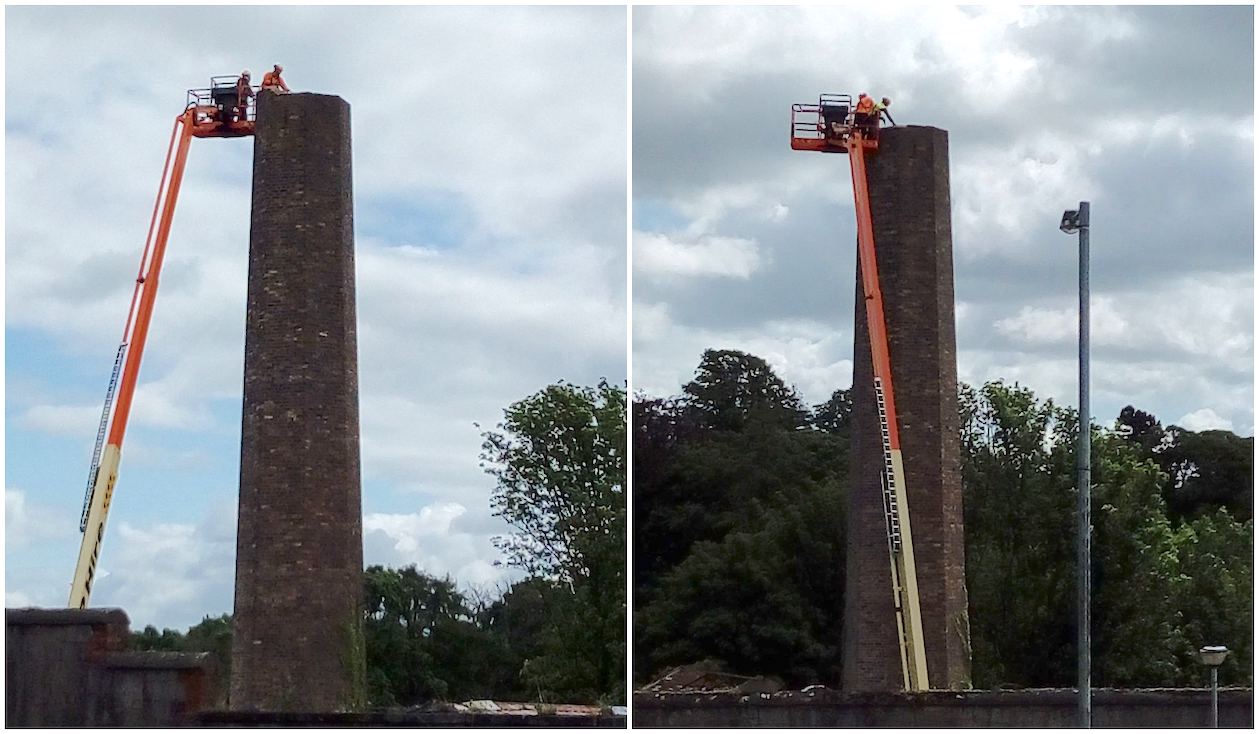 It was the end of an era in Armagh city centre as work started on the demolition of a local landmark.

The huge chimney stack at Gillis – just off the main Loughgall Road – was dismantled.

The experts moved in early this morning to secure the area and inspect the chimney.

Work then began to carefully dismantle the top portion brick by brick.

The chimney has been a focal point of the area for many, many years and a reminder of a proud industrial past.

But like so many others the decision has had to be made to intervene and demolish them in the interest of public safety. Similar structures in the past have had to be removed at other locations including Tullygoonigan.

The Gillis chimney was essential to the operations of a working factory long since closed.

One local resident Deirdre Connolly said it was sad to see it go but necessary.

She told Armagh I: “It has been there for such a long time. I have always been used to looking at it.

“I have always been used to looking at it.But if it is dangerous then safety first.”