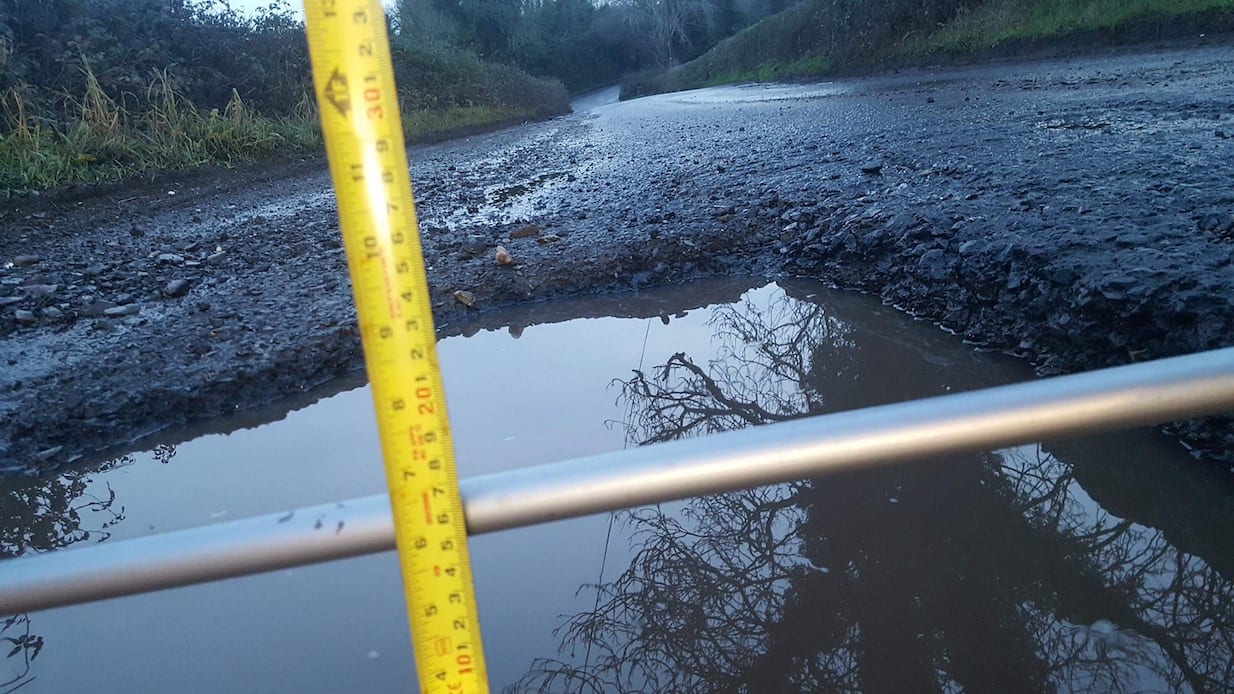 An elderly woman fell and broke her leg and two arms in a pothole recently as the condition of roads in Co Armagh has been described as being at “an all time low”.

The woman badly injured herself in the Derrytrasna area of north Lurgan in recent weeks, as councillors hit out at the lack of spending on our roads – roads which have worsened with the recent spell of cold weather.

And almost £500,000 has been paid out in compensation by the Department for Infrastructure to motorists who have damaged their vehicles in potholes between 1 January, 2016 and 30 November, 2017.

However, roads expert Wesley Johnston said it would cost more than £1bn to fully reinstate the entire 25,000km road network.

“It is getting worse progressively over time, because each year we are under spending on maintenance so that adds to that deficit,” Mr Johnston told the BBC.

“So each year another bit gets added to it. What we are really doing is creating a problem for people down the line.

“Speaking on behalf of the residents of my own area Derrytrasna/Derrymacash, I must say the standard of our roads is at an all time low,” said councillor McAlinden.

“Many residents have contacted me on a daily basis regarding the state of the roads.

“They haven’t been great but with the frost and snow of late the condition of the roads have got worse.

“Areas that have been patched recently have broken up again and indeed motorists are having to swerve to avoid the potholes in fear of damaging their vehicles.

“Some have damaged their vehicles and are unsure whether TNI are going to compensate them or not.

“In one area of Derrytrasna I know of an elderly lady who tripped on a road defect, fell and ended up with a broken leg and two broken arms.

“This is totally unacceptable. I understand Transport NI are under financial pressures but over this last year it would be interesting to see how much money they have paid out in compensation given that many motorists do not claim.”

Read more: Hundreds in damage and no way to work: Pothole misery for Tullysaran resident