'An accident or tragedy waiting to happen' 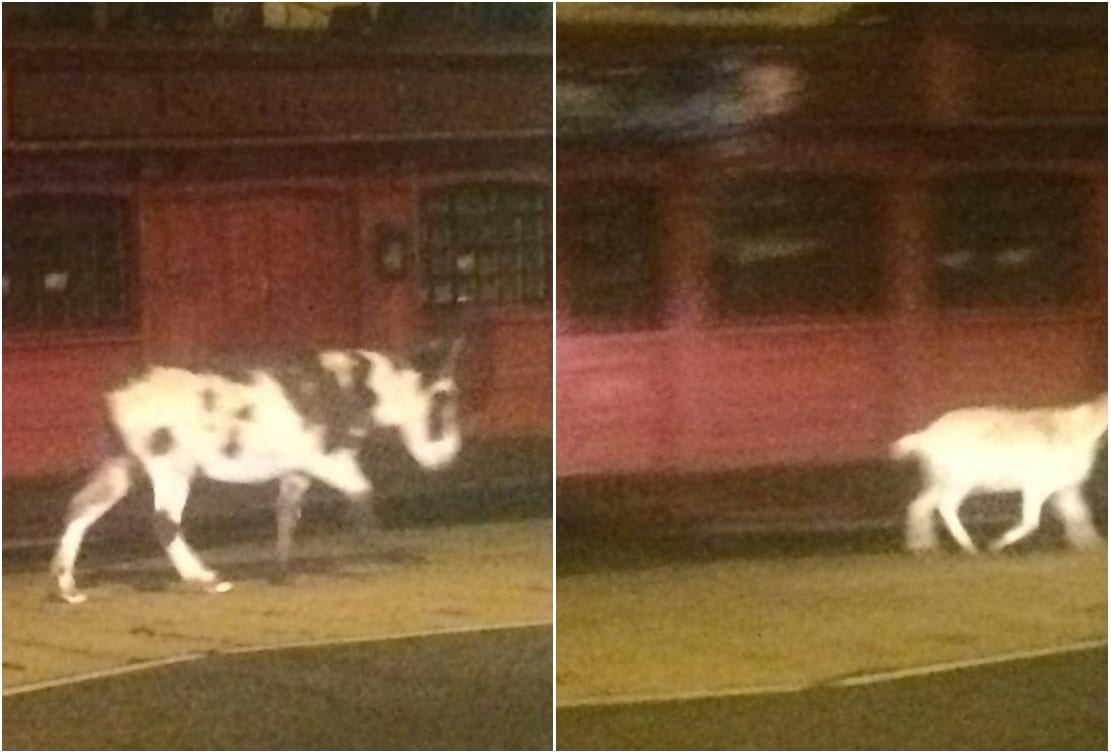 Drunken revellers were attempting to climb on a goat and donkey roaming free around Armagh city centre on Saturday night, according to an eye-witness.

The woman told Armagh I that it is the same donkey and goat that has been roaming around Drumbreda for the past week.

Last night, the pair of care-free animals made their way onto the Loughgall Road close to O’Kane’s Supermarket, with plenty of party-goers seeing the a comical side to what was in front of their eyes.

However, despite being taken in by a vet a few days ago, the same (or indeed a very similar) goat is back roaming the streets again.

The eye-witness told Armagh I it’s a “disgrace” these animals have been allowed loose in a city for a week now.

“These poor animals, something has to be done,” she said. “Running around outside Harry Hoots last night and drunk people trying to get on their backs scaring the life out of them.”

She added: “These are the animals that were in Drumbreda for a week, something has to be done, there either going to cause an accident or they’re going to be killed.

“It really is a disgrace these animals haven’t been lifted yet.

“If no one is claiming them, there are a few people on your post last week that said they would have room for the goat.”

Can you help find a home for these animals?