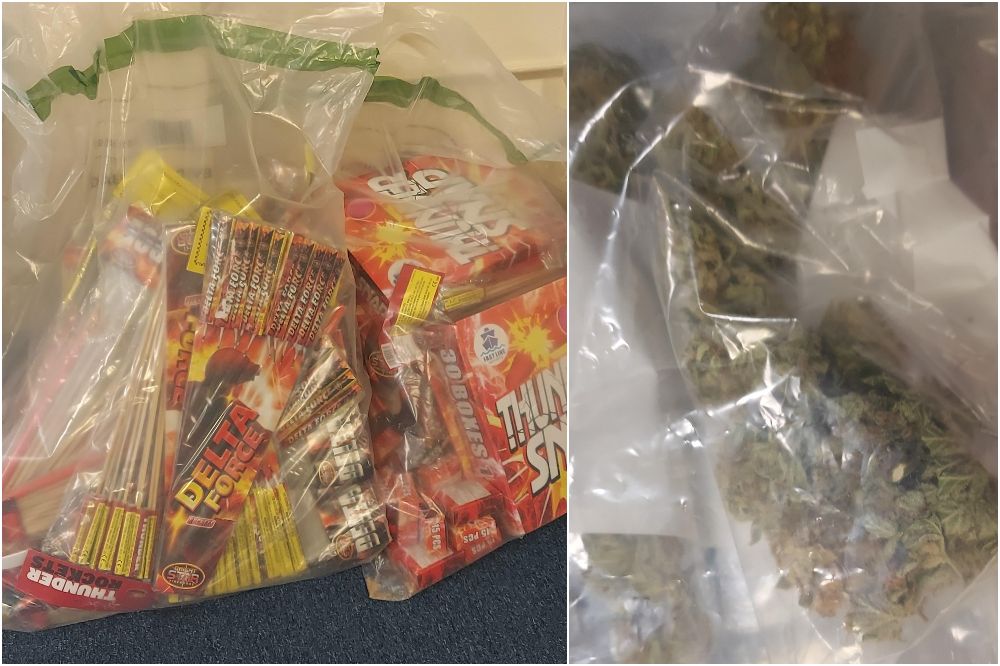 Police seized a quantity of suspected Class B controlled drugs and £10,000 in cash, following searches in Armagh yesterday, Thursday.

Officers from the Armagh Neighbourhood Policing Team, supported by colleagues from our Tactical Support Group and Dog Section conducted the pre-planned searches at two addresses in the west of Armagh city.

As well as suspected drugs and cash police also seized two cars, with one car believed to have been involved in dangerous driving and diffing (anti-social behaviour by car), two suspected firearms, a large quantity of fireworks and suspected illegal fuel.

A 32-year-old man was arrested on suspicion of several offences including possession of firearms in suspicious circumstances, possession of a firearm and ammunition without a certificate, and possession of Class A and Class B drugs.

Inspector Quinn said: “I would encourage people to report all crime and anti-social behaviour to police. We will continue to act on all information provided to us and target those who seek to exploit and cause misery to the community.

“The local police in Armagh are committed to making the community safer and increase the quality of life for those living in our community.

“I would encourage members of the community who may have information that could assist our efforts in taking drugs off the streets, to please get in touch. You can call 101, or you can submit a report online using our non-emergency reporting form via http://www.psni.police.uk/makeareport/.

“The independent charity Crimestoppers can also be contacted anonymously on 0800 555 111 or online at http://crimestoppers-uk.org/.”