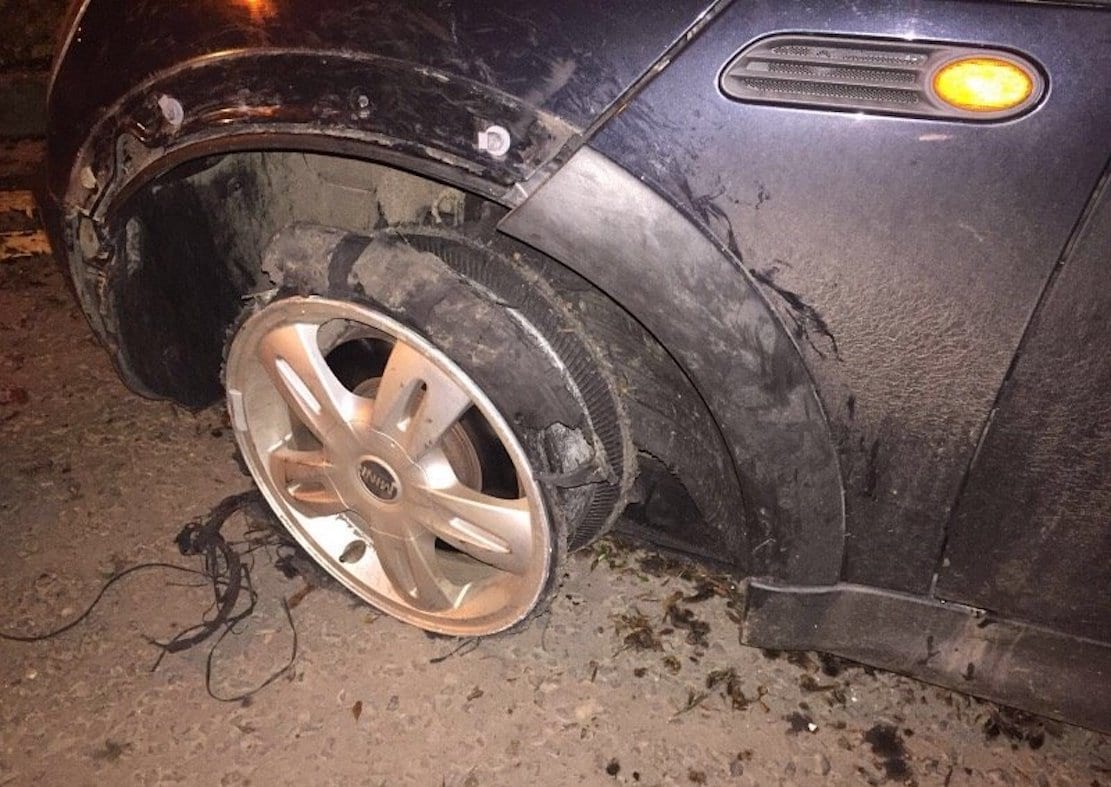 A speeding driver made his way from Portadown into Armagh city travelling at speeds of up to 90mph – despite police puncturing all FOUR of his tyres.

PSNI in Armagh got ahead of the driver who burst through two sting traps in an attempt to evade the pursuing officers.

A police spokesperson said: “In the early hours of Tuesday morning our colleagues in Roads Policing observed a motorist jump a red light in a Portadown.

“After trying to stop the vehicle it made off at high speed our direction!

“The driver was doing speeds of up to 90mph and was all over the road!

“Thankfully though Armagh officers were on hand and able to get ahead of the vehicle to sting the wheels….not once but twice!

“You’d think after having all four wheels punctured you’d realise the game was up?

“NOPE! The driver continued to travel into Armagh City Center and was eventually stopped!

“Turned out the driver had just burgled a house in Portadown, the car was stolen and he’d no licence or insurance.

“Also on the same night officers stopped a vehicle in the Middletown area and arrested a driver who was unfit through suspected drunk/drugs.

“Lesson of the day – road traffic offences often lead to us to many other things!

“So next time you get held up at a check point or think we’re only out to annoy people due to tax there may well be method behind the madness!”