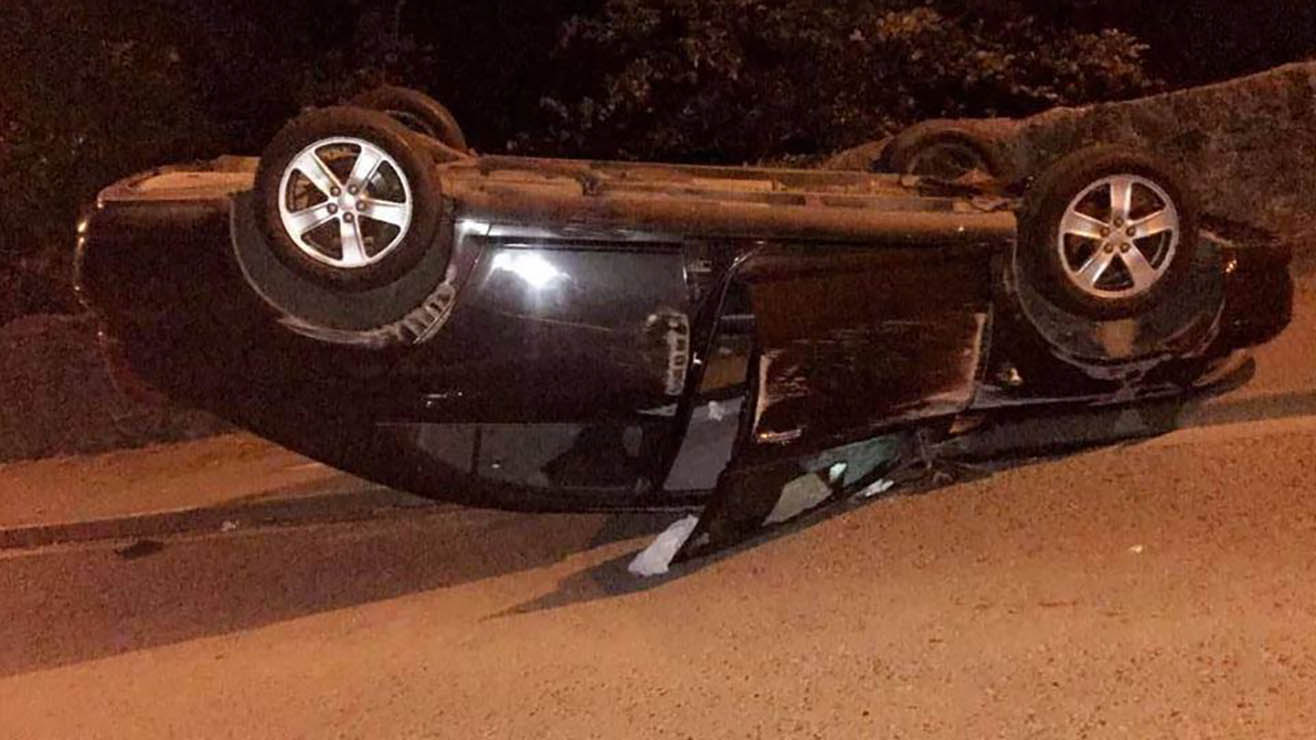 The driver of a car which ended up on its roof in the middle of Armagh city fled the scene in the early hours of this morning (Saturday).

The black car (pictured) came to a dramatic halt on the Cathedral Road shortly after 1am.

Eye-witnesses said the driver, who appeared relatively uninjured, made off from the scene on foot.

The car had lost control on the road before landing on its roof. Fortunately, there were no other vehicles involved.

Police have appealed for any witnesses to come forward.

A PSNI spokesperson told Armagh I: “Police received a report of a one vehicle road traffic collision on Cathedral Road, Armagh shortly after 1am this morning.

“The driver of the vehicle did not remain at the scene.

“Police inquiries into the collision are underway. Anyone who witnessed the crash or who saw anyone leaving the scene is asked to contact police on 101, quoting reference 69 29/09/18.”