Drink driver crashes car before setting it on fire in Armagh 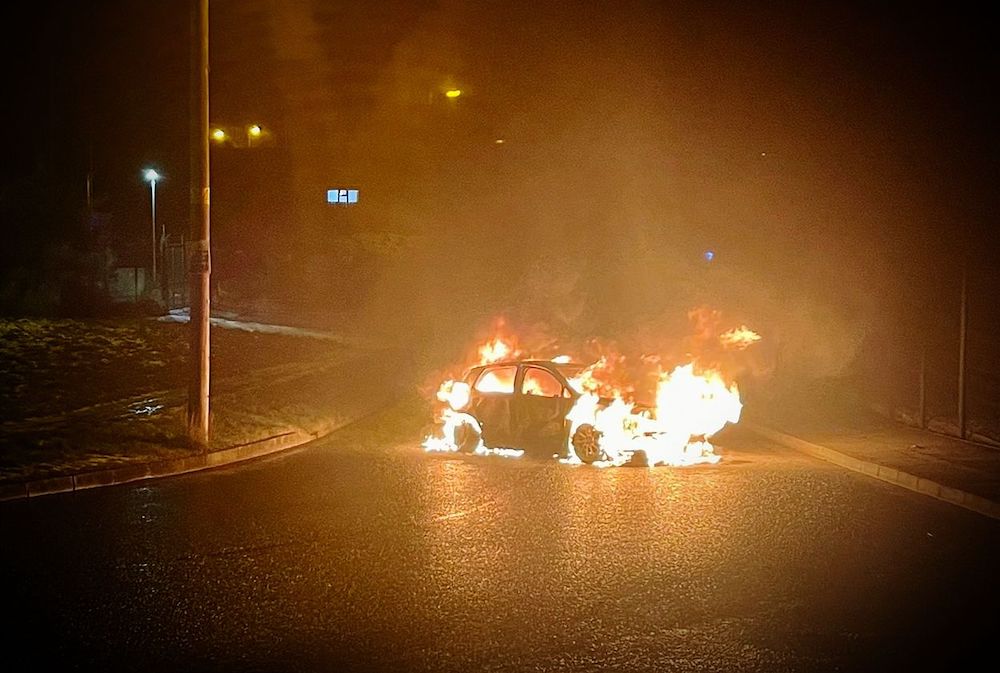 This was the scene which greeted emergency services in Armagh on Friday night.

A car, abandoned in the middle of the road in the Orangefield area of the city after a single-vehicle collision, was then deliberately set on fire by its driver who then made off on foot.

However, his time on the run didn’t last too long.

“Imagine our surprise in Armagh, a motorist decided to set fire to their car after they crashed it,” ABC Police wrote on social media.

“The good news is we found the driver and they will be told after a sobering night in the cells that their car is a write off.

“Don’t drink and drive but also don’t set fire to your car thinking you won’t be caught.”