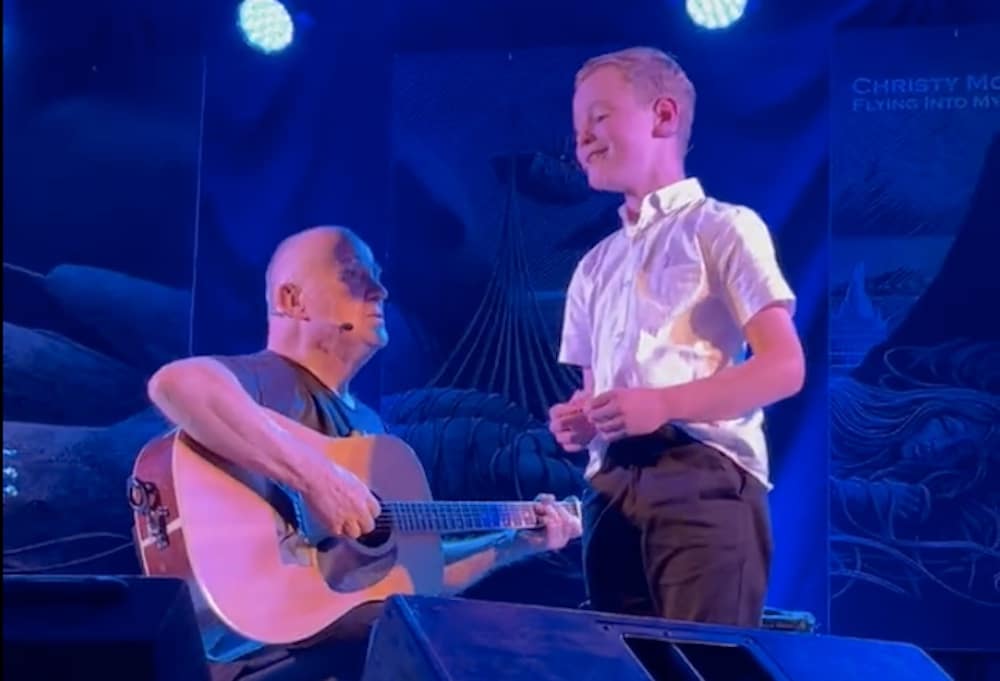 It was a “dream come true” for a young fan at a Christy Moore gig in Armagh on Thursday night.

The legendary Irish singer/songwriter, who was playing at the Armagh City Hotel, was so impressed with one young audience member he signalled for him to take to the stage to sing with him.

The young lad – Míceál Barrett – didn’t hesitate in taking up the invitation as the pair sang Moore’s classic ‘Nancy Spain’.

The crowd delighted in the gesture but it certainly wasn’t just a nice token gesture for young Míceál – mic-fitted and all – was pitch perfect.

Make this video go viral. Christy Moore invited this young lad up to sing on the stage in Armagh tonight. This is Christy at his very best. pic.twitter.com/YXg7pzD12n

Replying on Twitter, Míceál’s mum Dearbhla tweeted Moore himself saying: “Thank you will never be enough for making our son’s dreams come true. You truly are a living legend and a gentleman. Míceál will never forget this and is sleeping with your plectrum under his pillow ❤️.”

In a separate tweet, she added: “I’m his Mammy. To everyone there who cheered him, stood for him and came up to him afterwards, you’ll never know how happy you made him. He’s been singing Christy since before he could talk, and Christy has replied to every letter Míceál wrote him. Christy is a living legend.”

Christy Moore played the Armagh City Hotel as part of his country-wide tour.