Owner hits out at how police and wardens handled the situation, saying dog was 'strangled to death' in front of them 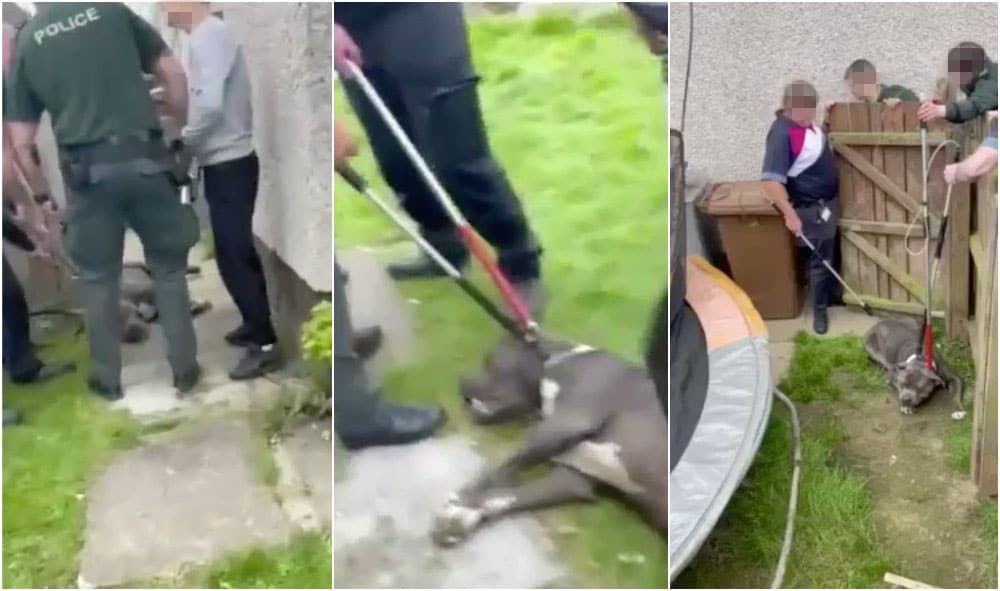 A dog was removed from a property in Armagh yesterday (Tuesday) after the council said it had bitten and injured a family member.

A spokesperson for Armagh City, Banbridge and Craigavon Borough Council said that on Tuesday its dog warden service had received a referral from PSNI with regard to a dangerous dog in the Ardmore area of the city.

“The American Bully type dog was voluntarily surrendered to the council by its owner following an attack and injury on a family member,” a council spokesperson said.

“On Tuesday August 31, council dog wardens attended the address to sedate and control the animal.

However, the dog’s owner, who shared a disturbing and highly-charged video with Armagh I, has criticised the way in which the dog was handled and removed.

She told Armagh I they had asked for the dog to be put to sleep because it had attacked two of their other dogs – she also confirmed that the dog had bitten off a family member’s finger.

However, she said the dog had been “choked to death” in front of them, with “young kids screaming and crying in the house”.

She said it was then “dragged … out of the house on the ground” and thrown into a van.

“We trusted these people to come and peacefully put the dog to sleep, ” she said, adding that she hadn’t been able to get the images out of her head.

Armagh I asked if the dog had been “choked to death” and it was confirmed that the dog was alive when placed in the dog warden’s van.

In a statement, police confirmed they had attended an address on Tuesday to assist the dog warden.