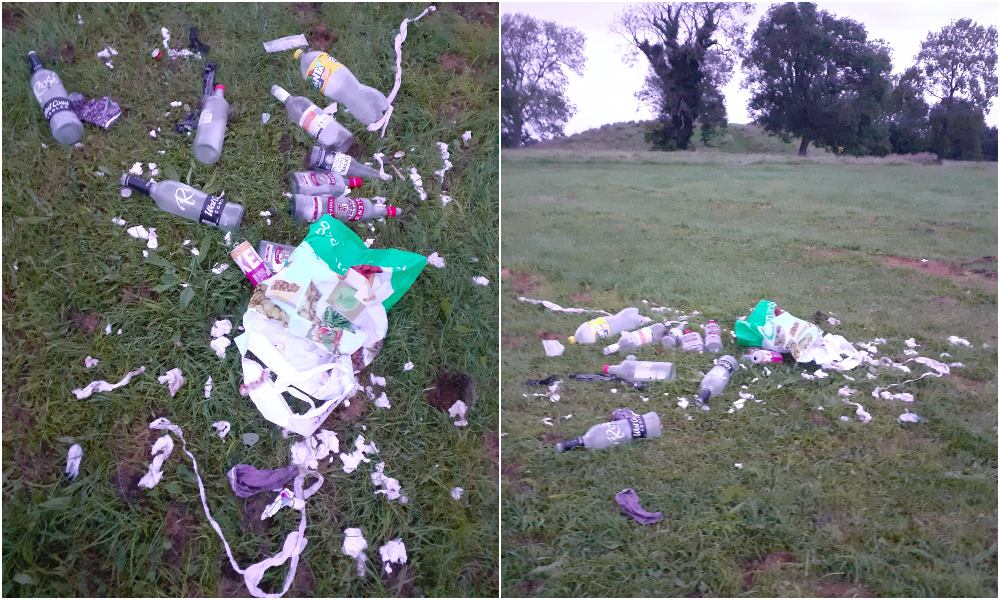 We sincerely hope their heads feel as bad as this looks!

An utterly disgraceful sight this morning in the vicinity of the ancient Navan Fort.

Just days after Armagh City, Banbridge and Craigavon Borough Council were discussing how to make the most of the venue in the light of recent temple finds and this is what appears.

Empty bottles, wine and vodka and mixers, and other detritus have just been left behind near the historic mound.

This pile of rubbish was discovered by a local resident taking her dog on an early morning walk today (Thursday).

It is sickening given the efforts to have Emain Macha included by UNESCO as a world heritage site and moves to increase its tourist potential.

The local resident told Armagh I: “I take the dog out every morning if it’s dry. This wasn’t there yesterday.

“I’ve never seen it as bad; the odd bottle – which I would pick up – but nothing like that.”

The mess was left despite the presence of bins in the area.

The dog walker added: “There is a bin at the wee gate you pass through to get to the Navan and there is also one across the lane as you walk to the centre.”

Here’s hoping it’s an isolated incident and that attention could be focussed on the area to prevent it becoming a common occurrence.