Jodie was diagnosed with autism at the age of five and will aim to complete a marathon of 26.2 miles in 13 days to raise funds for the hospice 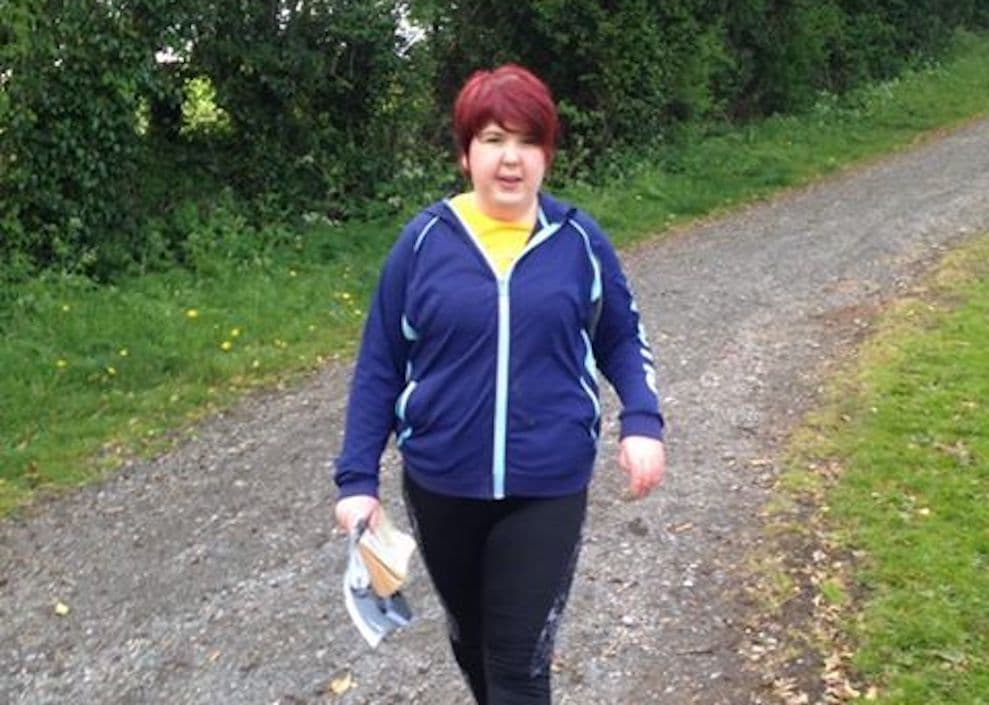 A young Darkley woman will be taking on a marathon to raise money for the Southern Area Hospice and will be “doing it her way”.

Jodie O’Connor, who was diagnosed with autism at the age of five has, along with mum Bernie, been a regular attender at the Park Run in Armagh, for the past six years.

Now Bernie has decided to set 23-year-old Jodie the task of completing a marathon of 26.2 miles in 13 days to raise funds for the hospice.

Speaking to Armagh I, Bernie said: “With Jodie you can’t really make her do anything she doesn’t want to do. She’s just her own person, but thank God she enjoys walking so that’s one way of keeping her active.

“This is especially more so now at this time. I mean for anyone with autism it means their whole routine is knocked out and it’s hard to get things to keep them going.

“I mean I can only talk about Jodie, but I would say the same for a lot of parents with kids with autism. It’s hard to find things to keep them active and to pass their day can be very hard. Thankfully with the weather we have been able to get out and walk.”

Bernie said she was prompted in to action after seeing a post on Facebook which outlined that the hospice was “in dire need of donations”.

“We would normally do a lot of fundraising although it’s usually for autism, but I just thought, goodness, there’s an opportunity to help.

“The hospice is easily forgotten in the midst of all of this. Everyone is thinking about how they can help in the various areas with Covid-19.

“The hospice is just as important obviously. It is normally a final place for people and I’m sure they would’ve been hit by this as well. It’s just as tough on them as anyone.”

Bernie said that Jodie had been left rather “isolated” with groups such as Triple A, which meets at the Dobbin Community Centre in Armagh, being closed, leaving her at home full-time.

“I have been left trying to come up with ideas to keep her occupied and trying to get her outside. Jodie would have a thing with going to various shops, but trying to explain to her that you can’t go here or you can’t go there, that took a while.

“We have been trying plenty of things to keep her going, things that we never would’ve done or maybe didn’t have time for. You’re trying to think of things that would be suitable and I suppose that’s a positive.

“People are also trying to help others and thinking about other people which is another great thing. Hopefully when we do get back to some normality that will continue.”

Jodie will not be taking on the task alone either.

Bernie explained: “Jodie needs one-to-one so either me or my husband would have to go with her.

“We started on the 1st of May. We thought we’d do it a bit differently, obviously Jodie couldn’t run a marathon and she couldn’t run it in one day.

“We knew she could do two miles or just over at a push so we decided to do it up to the 13th and by that stage she would have her marathon done.”

She added: “It’s a challenging time for Jodie and for the hospice, so it works all over. It’s a worthy cause and it’s definitely worth doing.

“It’s just something different and it’s Jodie doing it her way.”

You can make a donation by visiting the Southern Area Hospice Facebook page.