Cyclists from across Ulster help raise £5,000 in ‘Cycle for John’ event 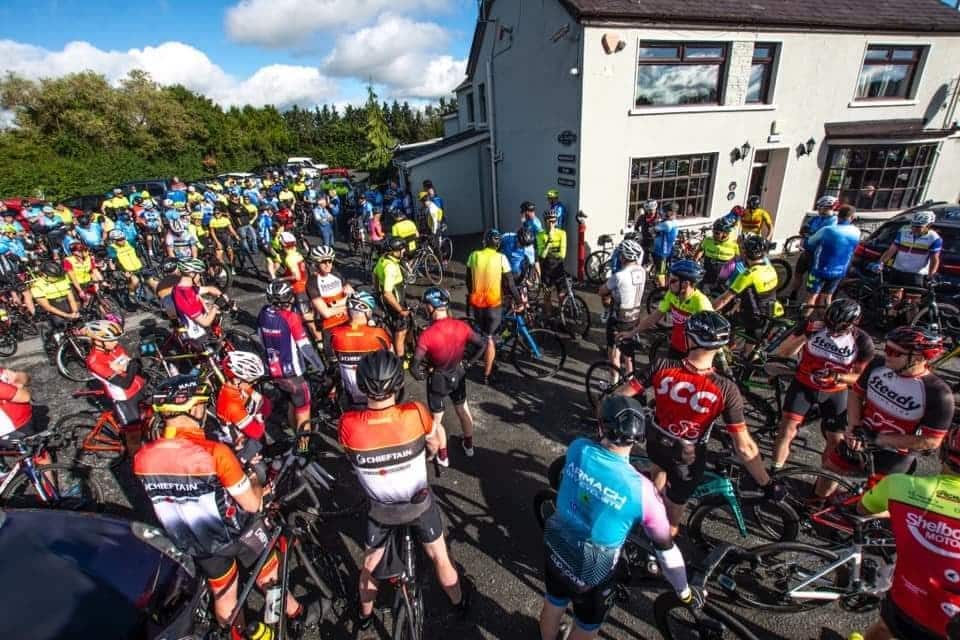 Cyclists from all over Ulster gathered at Sally McNally’s in Portadown recently for a sportive in aid of Friends of the Cancer Centre.

The Cycle 4 John event was created by John McNally’s family and close friends in 2017 after he lost his battle with cancer at the young age of 50 – and to financially support the Cancer Centre that did an amazing John in caring for him.

John was introduced into cycling in 2014 by his friends, Andrew Williamson and James Scott, for a cancer charity cycle from NI to England.

The following year John was the main organiser for the first Italian Job Cycle. These two events raised £75,000 for various charities.

Along with John’s fundraising cycles he was even more enthusiastic about encouraging others to take up the sport of cycling and founded the Sally’s Cycling Group, a tradition continued by his sister and nephew, Tracy and William Whiteside. After John’s passing, his family and friends thought there was no better way to remember him than to create the ‘Cycle 4 John’ Sportive.

The event was recently held for the third year after a break of two years, through the Covid pandemic, and over 160 cyclists took to the Co Armagh roads for two challenging routes with others cycling the tow path.

The event raised £5,000 for the Friends of the Cancer Centre bringing the total to over £30,000 for the charity.

Not resting on the success on the C4J event, some of John’s family and friends are currently in Italy – cycling 350 miles in five days incorporating some of the famous climbs of the Giro d’Italia – continuing the legacy of the Italian Charity cycles; this year raising funds for Chest Heart & Stroke and MacMillan, in memory of John and two friends who completed previous cycles, Armagh man Shane McArdle and Brian Calvert who both sadly passed away with heart related illnesses.

If anyone wishes to support the latest Italian fundraising cycle you can donate at https://gofund.me/60d1b439