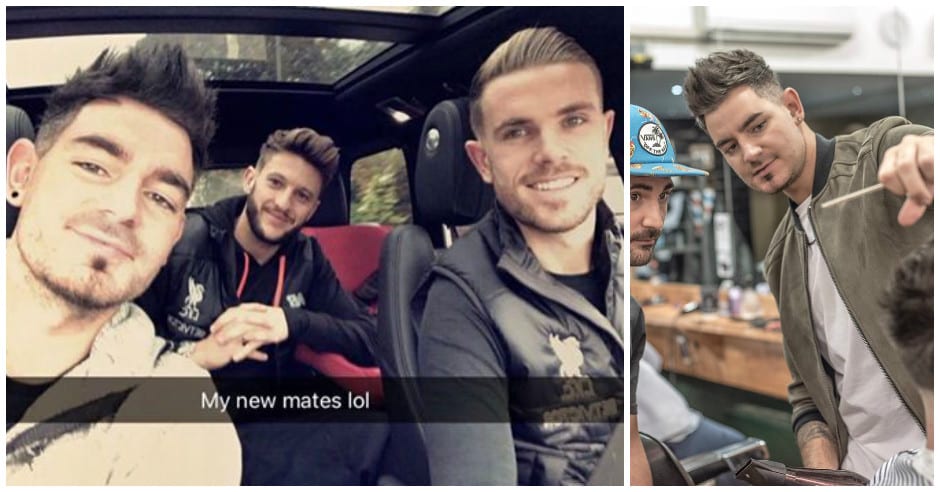 A county Armagh hair stylist has been flown to the aid of two of Liverpool FC’s biggest stars.

Ryan Cullen, from Markethill, was requested personally to style the hairs of Reds and England captain Jordan Henderson, as well as teammate Adam Lallana.

The Liverpool fan, and former student of the city, revealed his good news to his 53,000-plus followers on Instagram.

He posted: “So this happened today! My boys Adam Lallana and Jordan Henderson flew me over to get them ready for their match tomorrow! Being an LFC fan I’m overwhelmed!! You wanna see the grin on my face today!!!

Liverpool are away to Crystal Palace on Saturday evening.

This is not the first time Ryan has made headlines.

Last year, a fellow barber flew 500 miles – a round-trip from Southport in Merseyside – just to get his hair cut by the county Armagh man.

He posted a photo of the pair and said he was “humbled” by the move.

He said: “This morning I arrived into “work” like any other Saturday… half asleep. Lol. My first client of the day, 8am, was already there and raring to go.

“Ryan is from Southport near Liverpool and FLEW all the way across the pond with his other half to get a haircut from myself. I have been smiling all day and feel so incredibly humbled by this. He is also a fellow barber which makes it all the more special. A huge thank you to him for making the trip.”

Hughes, who is also a barber, responded: “Absolute pleasure to meet you mate. Had a lovely time chatting and an amazing haircut. Thanks man. To quote Arnie, I’ll be back.”