Could Armagh’s former Mallview Service Station get a new lease of life? 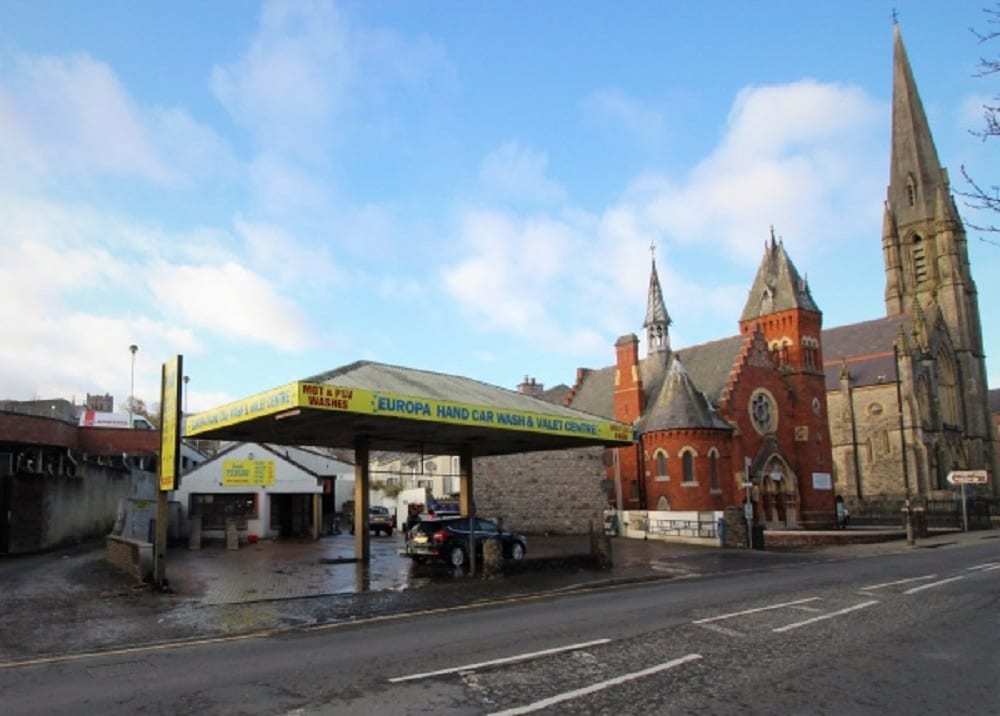 The Mallview Service Station in Armagh could reopen if a fresh drive to find a new buyer is successful.

The premises – at Mall West – are currently being let and used as a car wash.

But the tenant’s lease is due to expire in September of this year – with the whole site now having gone on the market.

The Mallview Service Station has a long history in the city and for many years held a prominent position on the Mall, just across from the Armagh Cricket Club Pavilion.

The shop was very popular particularly throughout the 80s and into the 90s, with numerous students waiting on buses along the Mall frequent visitors.

The Mallview and its various owners also suffered heavily throughout the years of the Troubles.

The property also suffered greatly with a number of bombs over the years.

It was destroyed completely in the late 1980s when a huge device exploded, but owner Jenkie Andrews vowed to rebuild.

The premises was also owned by Joe McCarragher, and then latterly used for vehicle repairs, with the shop having closed.

It lay empty for some time before a car wash business signed a five-year lease for the property in 2012.

But that will shortly expire in September.

The Mallview site is one of the most prominent in Armagh, but many have lamented the loss of the shop – for its convenience and location for motorists passing through – for many years.

The Belfast-based property consultant – which is also responsible for trying to find a new owner to redevelop the old Calverts Tavern and Spiders Nite Club at Barrack Street – is to make a concerted effort to bring the premises back into productive use.

It is being sold as a “redevelopment opportunity” and is described as being “suitable for convenience retailing, residential housing or petrol filling station” subject to planning approval.

It is advertised as being in a “prominent and extremely busy location”.

The overall site consists of the petrol filling station – with canopied fuel forecourt – a shop and warehouse.

There have been previous attempts to demolish the filling station structure, with planning permission having been sought back in 2005, although this was turned down by the former Armagh City and District Council.

Fresh applications to redevelop the site for any future use will have to go to its successor, Armagh City, Banbridge and Craigavon Borough Council, for consideration, if and when the a buyer can be found.