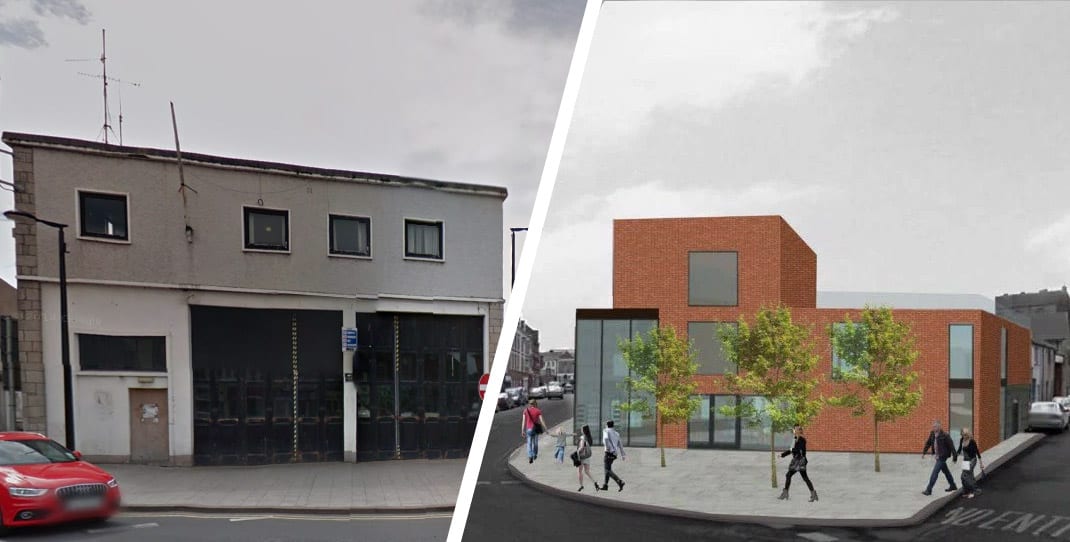 It should shortly be full steam ahead for Armagh’s new state-of-the-art Irish language centre.

After many delays and hurdles – and with planning permission in the bag – the organisation behind the ambitious development is now actively seeking a contractor to see the project through.

An official occasion to mark the new milestone and the imminent start of work on the Cultúrlann is expected to be held next month, with the Culture Minister Caral Ni Chuilin among those due to attend. The board of social enterprise Aonach Mhacha is now inviting registered building contractors to submit applications to be included on a restricted list for the construction of the centre.

It will be based on the site of the former fire station at Lower English Street and help to sustain 12 jobs while creating a further six.

The estimated cost of the project is in the region of between £1.1 million and £1.2 million.

Interested contractors have until next Thursday, March 24, to submit applications.

The work will involve the demolition of the old fire station, which has been lying vacant since a new facility was built in the Loughgall Road area some years previous.

Upon appointment of a contractor, it is expected to take up to 14 months for the work to be carried out.

The first images of the proposed centre were revealed by Armagh I last March.

And Environment Minister Mark H Durkan gave the full go-ahead planning-wise in December. There was also funding allocated in December from the Department of Culture, Arts and Leisure to the tune of £750,000.

Both Ministers have said the development has the potential to rejuvenate an historic part of Armagh city.

With all the pieces of the jigsaw now in place, the appointment of a contractor will, finally, allow this project to come to fruition.