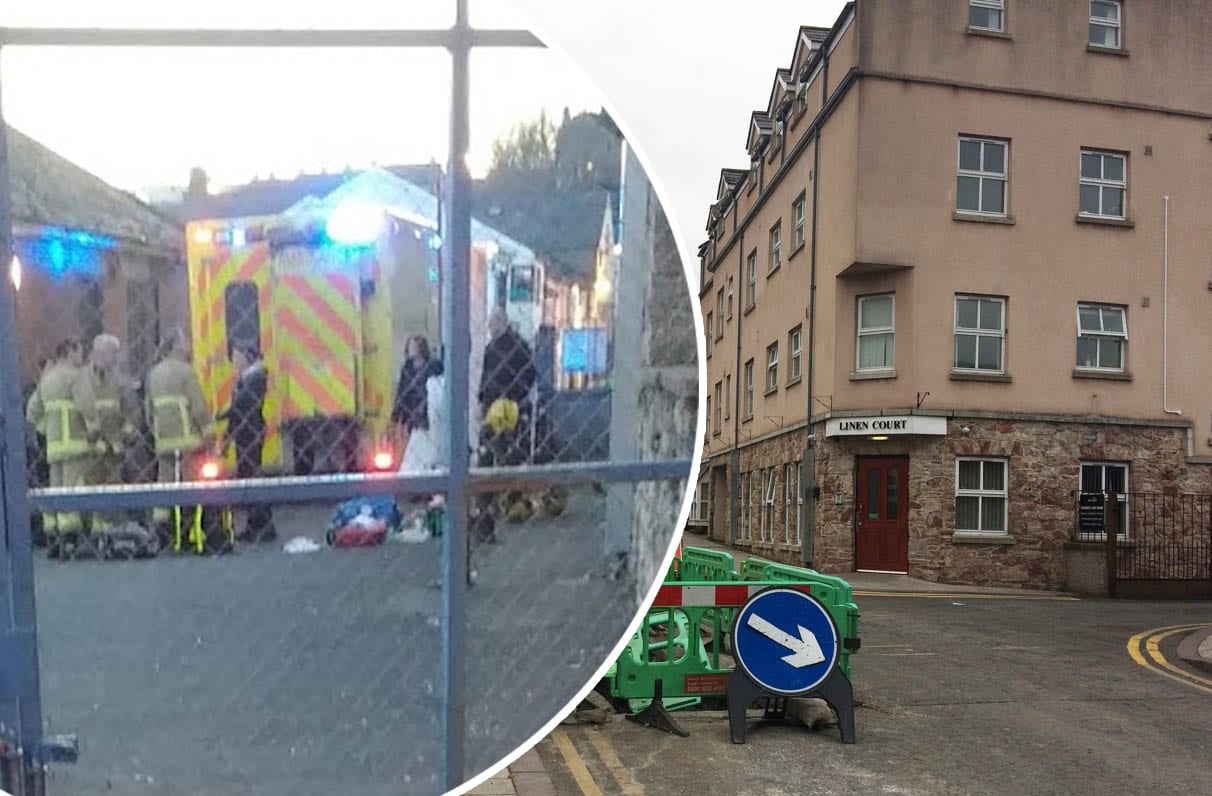 A man who fell three storeys from a Armagh city centre hostel is currently in a stable condition in hospital.

Emergency services, including the Air Ambulance, were rushed to the scene on Linenhall Street around 5.30pm on Sunday.

The man had fallen from a second floor window in an incident which the police have described as “non-suspicious”.

The PSNI’s Sergeant Moffett said: “Police were called to an incident in the Linenhall Street area of Armagh at approximately 5:30pm on Sunday, February 25 following a report of an injured male.

“Officers attended along with the Northern Ireland Ambulance Service.

“The man was subsequently taken to hospital by the NIAS for injuries not thought to be life threatening at this time.”

He added: “The incident is not being treated as suspicious at this time.”

A spokesperson for the Simon Community said: “We appreciate the quick response of the emergency services and the efforts of our staff.

“We hope for a speedy recovery for the individual concerned and will continue to work with all relevant agencies involved as required, to best support our clients and staff.”

“NIAS received the call at 17:24 and dispatched an A&E crew. The charity Air Ambulance was also tasked to the scene.

“The male patient was taken by ambulance to Craigavon Area Hospital for treatment to back injuries sustained during the fall.”