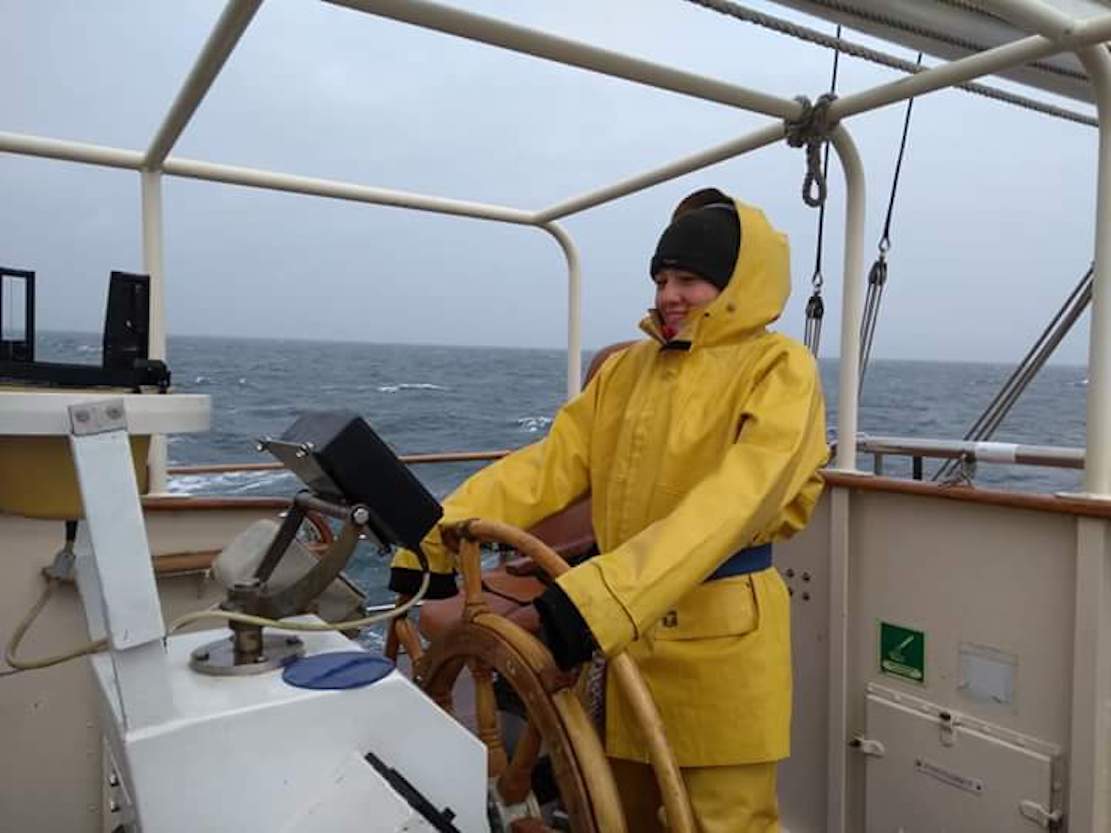 A Co Armagh schoolgirl is just one of five from Northern Ireland chosen to sail on the Lord Nelson Tall Ship from Belfast to Cardiff.

Armagh Royal School student Jeni Larmour is currently in the middle of her 10-day stint at sea – from Belfast to Cardiff – as part of the Lord Dannatt Round Britain Challenge.

It is yet another exciting adventure for the 16-year-old from Newtownhamilton, who earlier this year also visited the Battlefield sites in France and Belguim with other cadets from Northern Ireland.

The Challenge is a great opportunity for Jeni’s personal development and is intended to test each crew member’s leadership, teamwork, courage and resilience.

Whilst on board Jeni will participate in the International Leadership Management (ILM) Level 3 Award which is an excellent achievement for her CV.

The Challenge is part of the remembrance activities to mark the close of the First World War, 48 injured soldiers and 96 cadets in total will embark on a voyage of remembrance, adventure and personal development as part of the Lord Dannatt’s Round Britain Challenge.

The team will work together to sail around Great Britain on board a specially adapted tall ship, changing crew every 10 days in each capital city (London, Edinburgh, Belfast and Cardiff). In each change over port there will be a celebration of remembrance, inclusivity and diversity.

Each 10-day voyage will see 12 injured service personnel and 24 cadets and instructors aged 16-25 working as a team to sail the ship to the next capital city, climbing the mast, helm the ship, setting the sails and much more.

In each capital city thousands of cadets, instructors and local supporters will have the opportunity to
visit the ship and participate in the festival.

Cadet bands, field gun teams, cook stewards and drill teams will all be asked to participate in the festival and memorial.

Well done Jeni on this tremendous opportunity and adventure.