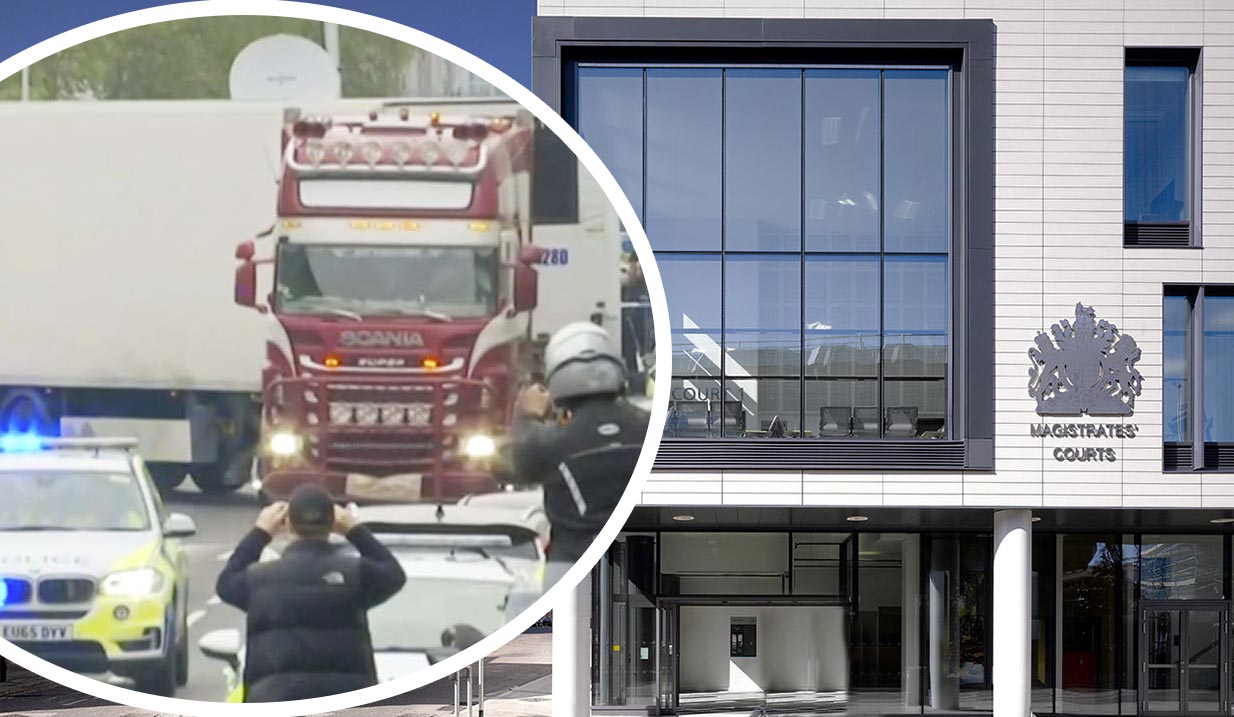 A Co Armagh man has appeared in court in England charged with 39 counts of manslaughter.

The 25-year-old lorry driver was appearing after he was charged on Saturday following the discovery of the bodies in a refrigerated trailer in Essex last Wednesday morning.

The brief court hearing lasted just five minutes and he confirmed his name, address and nationality.

He will next appear at the Old Bailey on November 25 for a plea and trial preparation hearing.

Another driver who brought the container to Zeebrugge before it crossed the Channel was arrested at the port of Dublin on Saturday, according to the Belgian prosecutor’s office.

Essex Police said the man was “a person of interest” in their investigation.

“We are liaising with the Garda via telephone as this man is currently held outside the jurisdiction of the law of England and Wales,” a spokesman said.

Three other people arrested in connection with the deaths were released on bail on Sunday.

Meanwhile, DNA tests are being carried out in Vietnam to help to identify the dead.