First significant public appearance to be at Sham Fight in Scarva 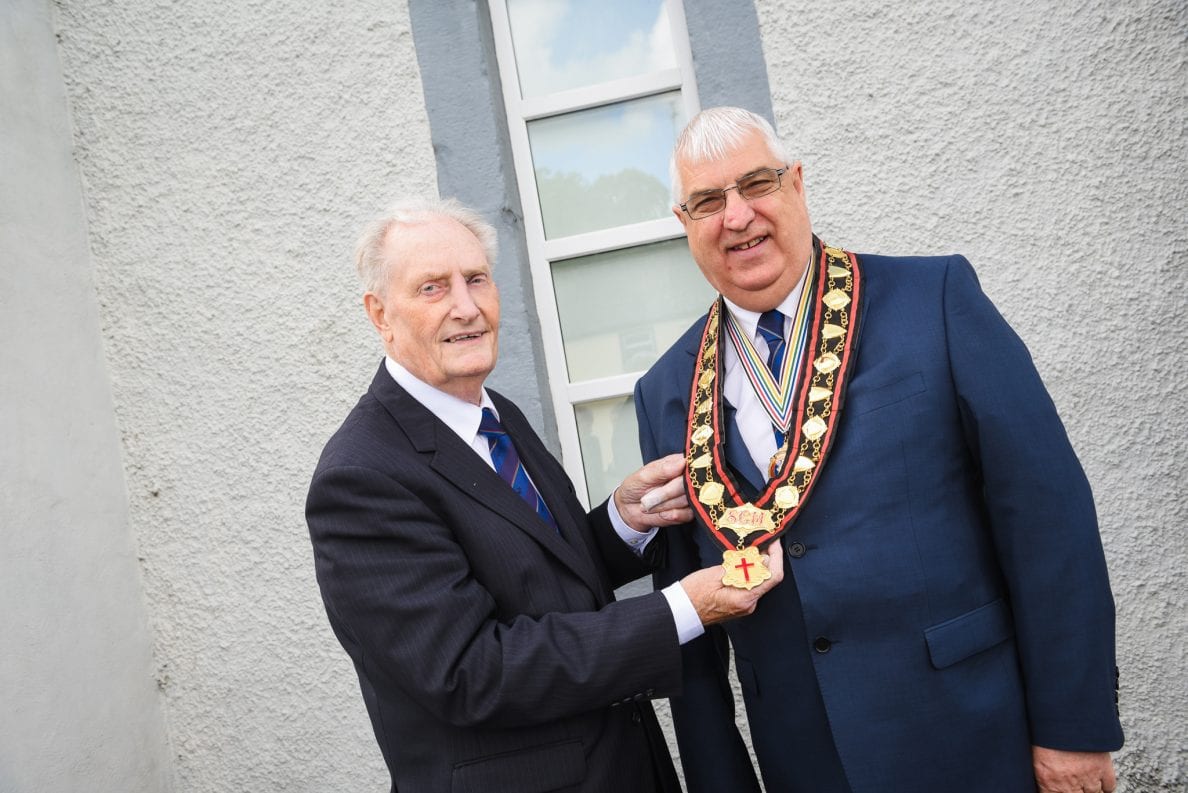 A Church of Ireland clergyman from Co Armagh has been elected as the new Sovereign Grand Master of the Royal Black Institution.

The clergyman, a member of Causnagh RBP 352 and of the Orange LOL  No 98, succeeds Millar Farr, who announced he would step down from the role last month. He served as Grand Master for 10 years.

Saturday’s bi-annual meeting of the organisation’s Grand Council took place at the Union hall in Newbliss. It was the first time the Institution has selected its new leader at a meeting held in the Republic of Ireland.

Rev Anderson, who is from Co Armagh, is currently the minister of the Tullanisken and Clonoe parishes in neighbouring Co Tyrone

A father-of-three, he is married to Betty, and the couple have seven grandchildren.

Rev Anderson is looking forward to fulfilling his duties.

He said: “I am extremely honoured to be elected Sovereign Grand Master by my fellow Sir Knights, and very humbled to be following in the footsteps of those who have served in the post previously.

“Like my predecessors before me, I pledge to represent the membership to the best of my ability at all times, and in so doing, uphold the Christian ethos of the Institution; promote the Reformed faith; and continue our longstanding track record of exceptional charitable outreach.

He paid tribute to the “outstanding leadership” of Mr Farr, who he maintained over the past decade had led the Loyal Order with “great foresight”, enhancing its position in the mainstream of community life.

He continued: “This is a very exciting time for the Institution as we proceed with plans to develop our new headquarters in Co Armagh, which we anticipate will open to the public in 2020.

“Such a major development has energized and enthused our membership, as we count down to our traditional flagship parades this summer.”

“I look forward to participating in such events and meeting with members, and the wider community, over the coming weeks,” he added.

Rev Anderson’s first significant public appearance as Sovereign Grand Master will be at the annual Sham Fight in Scarva next month.