Ken is an integral part of Armagh's rugby coverage 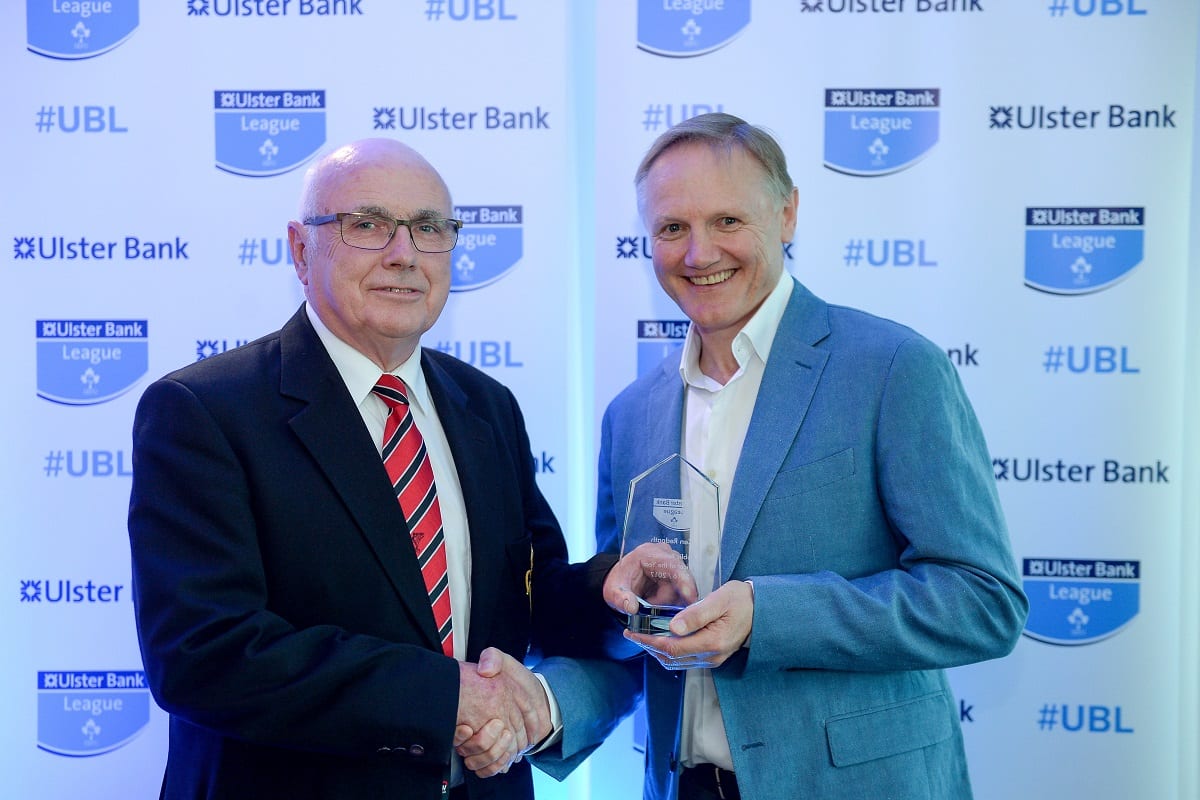 City of Armagh RFC volunteer Ken Redpath was presented with the Ulster Bank PRO (Public Relations Officer) award at this year’s Ulster Bank League Awards held at the Aviva Stadium on 25 May.

Now in their fifth year the awards celebrate the very best in Irish club rugby.

Other winners on the night included Cork Constitution who topped off an amazing season following their recent Division 1A and Bateman Cup final victories by taking home four awards with influential out half Tomás Quinlan being awarded the coveted Division 1A Rising Star of the Year award and Top Point Scorer for his outstanding 200 points tally this season.

The Temple Hill club were also celebrating Captain Niall Kenneally picking up the Division 1A Player of the Year and head coach Brian Hickey being named as Division 1A Coach of the Year. It was almost a clean slate for the Cork side however Young Munster’s Colm Skehan pipped the clubs three nominees to the Ulster Bank Provincial Player of the Year for Munster title.

In Leinster, Lansdowne’s Daniel McEvoy’s 11 try season saw him awarded Top Try Scorer in Division 1A while his club mate Eamonn Mills was voted Ulster Bank Provincial Player of the Year for Leinster. Jack Keating of Greystones RFC was named Division 2B Player of the Year

Ireland and Ulster player Darren Cave was a special guest at the awards along with past star players Luke Fitzgerald and Alan Quinlan.

This year’s awards saw a new category introduced, as each club could nominate someone for Club Volunteer of the Year, an award which was presented to Mick Dempsey of Naas RFC for his tireless work off the field and willingness to help with any task from lining pitches and cleaning dressing rooms to cooking for the team on training nights and his social committee work. As a former club Director of Rugby, Mick oversaw player and coach development at Naas RFC with the club’s first XV rising to the Ulster Bank Division 1B under his tenure.